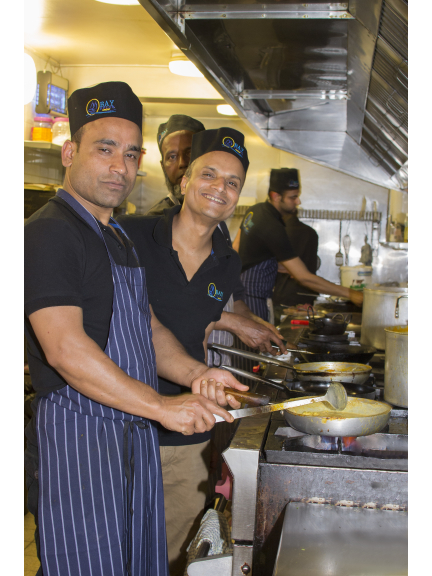 This week the UK is celebrating the 20th National Curry week... the perfect opportunity to pay homage to what's become one of our favourite foods. The Great British love of Curry has grown steadily over the years and it's easy to see why!

So, what is Curry?

Curry is not a single item rather the word 'Curry' has several different meanings. It can refer to a spice mixture of 'curry powder', or it may refer to the dish 'curry' cooked using those spices enjoyed across many cultures and in all parts of the world.

Curry simply means any dish which has a richly spiced sauce cooked with meat and / or vegetables. We usually eat it with rice but may also be accompanied by bread, usually flat-breads, like roti or naan. Presently, curry restaurants are popular in many different countries around the world, not least in Britain, and here, in Hastings, Bay Spice is our local Indian and Asian Restaurant of choice where you can sample different styles and ferocities of curry meals to suit your palate, everything from Jalfrezi to Korma.

Curry came to Britain as far back as the days of India being a part of the British Empire when Brits, who went to live there, enjoyed the food and brought the taste for spicy food home with them. Even Queen Victoria became a firm fan of curry and similar spicy Indian foods thanks to having an Indian chef on her staff (the subject of which has recently been made into a film starring Dame Judy Dench!)

The first Indian restaurant to open in the UK was Veeraswami’s in London, which opened in the late 1920s, and now it's estimated there are around 13,000 in the country.

Over the decades our love for this unique blend of Anglo-Indian food has grown, and now it’s almost impossible to think of British food without mentioning the word curry. Indeed, Indian and Asian foods have replaced some British traditional foods in the hearts of many diners who love to eat out.

Thanks to the excellent, and easily available, fresh produce and farm fresh vegetables, curry and associated spicy foods have become the food of choice with product quality rising consistently making very fine dining easy on every high street in the UK as well as right here in Hastings.

Bay Spice Indian Restaurant in St Leonards-on Sea offers The Pure Flavour of India. Babu and Sabu Chowdhury are rightly proud of putting Bay Spice firmly on the map as the place to visit in Hastings for thebestof Asian food. They work extremely hard to maintain the traditional cooking methods using the tandoor which is a clay oven; the most commonly known tandoor is a cylindrical clay or metal oven used in cooking and baking. Indian and Asian food is not just about the spices used but about the way food is cooked and infused with spices during the cooking process. Enjoy. To book your next Bay Spice dining experience simply call 01424 444298. You won’t be disappointed!

A new challenge ….
Sign up for offers
Sign up for what's on guide
Become an author
Popular Categories