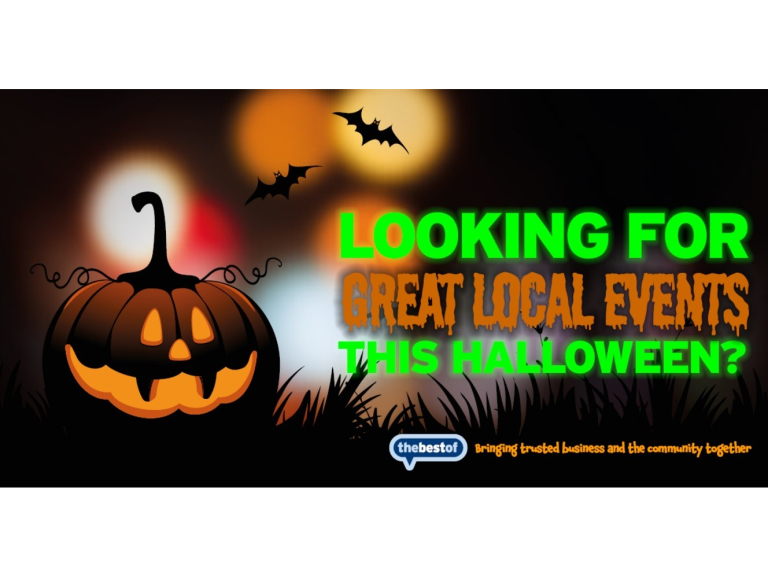 With the arrival of October we've already seen the Halloween paraphernalia starting to appear in the supermarkets. The day itself will very shortly be here...

These days it seems to me that we've wholeheartedly embraced what is seen as a real American tradition, but actually the history behind the trick or treat celebrations is much closer to home and has gone through many changes over the years...

Halloween in fact traces its origins to an ancient Celtic festival called Samhain (pronounced as sow-in) around 2,000 years ago . The new year for the Celts who lived in Ireland, the United Kingdom and northern France was celebrated on November 1st. These celebrations marked the harvest and the end of summer, but it also heralded the start of cold, dark winter - a time of year that was commonly linked with human death. It's a time of year steeped in superstition.

The Celts celebrated Samhain on the night of 31st October as this was the day on which they believed the dead returned to Earth as ghosts. Celts believed that the Druids or Celtic priests were more easily able to make predictions about the future at that time due to the presence of otherworldly spirits. Food and wine would be left on doorsteps to ward away evil spirits, and they would wear masks on leaving the house so they would be mistaken for fellow ghosts.

Druids built sacred bonfires where people joined together to burn crops and animals as sacrifices to the Celtic gods. As the event concluded, the hearth fire that had been extinguished earlier in the evening was re-lit from the sacred bonfire, so that they were protected from any harm during the winter.

By 43 A.D. the majority of Celtic territory had been conquered by the Roman Empire. For the next 400 years ruling over the Celtic lands, the traditional Celtic celebration of Samhain was combined into two Roman festivals. The first festival was called Feralia - a day in October where the Romans celebrated the passing of the dead. The second festival was to honour the Roman goddess Pomona. Pomona is symbolised by an apple, which also became incorporated in the celebration of Samhain. It's fascinating to think that this simple symbol probably explains the tradition of “bobbing” for apples during Halloween!

Even trick or treating can trace it roots back this far in history- in medieval times "guising" would take place where young people would dress up and accept food, wine and other offerings in exchange for telling jokes, singing or reciting poetry.

By the 9th century the influence of Christianity spread into Celtic lands where it gradually blended with and replaced the older Celtic rites. The Church assigned November 2nd as All Souls’ Day in 1000 A.D, a day specfically to honour the dead. It is believed that the church was attempting to replace the Celtic festival of the dead with a related, but church-sanctioned holiday.

All Souls’ Day was very similar to Samhain in the way it was celebrated with big bonfires and parades, the only difference being that people dressed up as saints, angels and devils. This celebration was also known as All-hallows (the traditional night of Samhain in the Celtic Region), the night before which became All-hallows Eve - which then became Halloween.

That's quite some history!

If you're heading out to celebrate Halloween then do stay safe, and check out our selection of Hastings based Halloween events here.

Keeping it in the family at Knight Accountants.

Feeling the love at Aspects Hair Designers & Beauty House!
Sign up for offers
Sign up for what's on guide
Become an author
Popular Categories