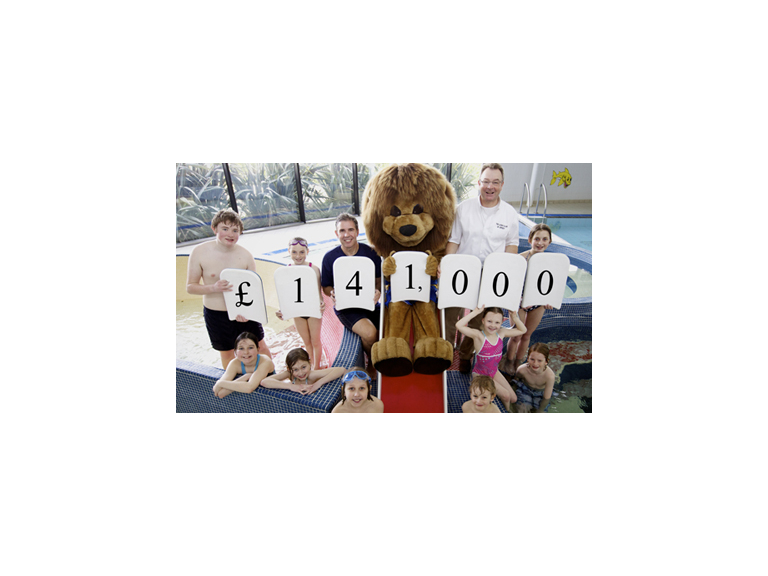 The Swimarathon is Jersey’s longest running charity event, is a great family day and a welcome opportunity to work off those extra Christmas pudding pounds while raising much-needed funds for local charities.

This year’s will be the 42nd consecutive event which, since its inception, has raised more than £2,900,000 by and for the local community. As a matter of interest the first Swimarathon, in 1972, lasted two days and raised just over £4,000 a considerable sum in those times. Then as now swimmers swam in turn for 55 minutes although most were sponsored per lap rather than by donation. When, in 1973, the sum raised was £15,000 the Lions recognised they were on to a winner. And a winner it proved to be and a world-beater, being featured for several years in the Guinness Books of Records for the greatest amount of money raised from sponsored swimming at a single event.

The 2012 event raised the amazing total of £141,000, all of which was targeted to directly benefit local young people.

With over half of the lanes now booked for next year’s Swimarathon, the event organisers, the Lions Club of Jersey, are urging potential swimmers not to delay registering. This will ensure participants get to swim during their preferred time slot at the event, which takes place between 13–17 March 2013 at Les Quennevais Sports Centre.

Lions Club of Jersey President, Andrew Pearce said: ‘The excellent response that we’ve already had for next year’s Swimarathon shows the great affection that Jersey has for this event. It is certainly a fitting way to mark the 50th anniversary of the Lions Club in Jersey, and with only three months to go we encourage any other aspiring swimmers to get signed up soon.

The event is again sponsored by my old employers, RBC and Stuart Rutledge, Head of Global Trust, RBC Wealth Management commented: ‘Next year’s Swimarathon will be my first experience of this wonderful Jersey institution. I am especially looking forward to taking part with the RBC Wealth Management team and my family on the Sunday.’

Information and registrations are available from the Swimarathon Administrator, PO Box 397, St Helier, Jersey JE4 9ZX or via e-mail Swimarathon@jerseymail.co.uk.

Are you taking part in the Swimarthon? If so please let me know how your training is going and I will give you a mention in a future Blog that may help win you some additional sponsorship. Please email me at jersey@thebestof.co.uk