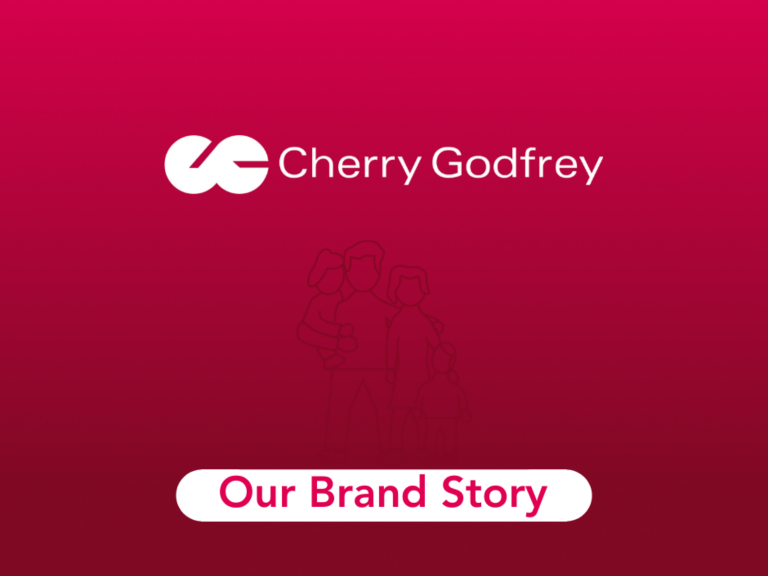 The family story behind our company:

The Birth of the company and the birth of a successor on the same day, now that’s succession planning.

Cherry Godfrey started on the 1st of March 1993 the same day that Tanzy Cherry was born, the eldest daughter of David and Selena Cherry nee` Godfrey.

The couple already had a 12-month-old son, Jacob, so Selena had her hands full and David thought the birth of Tanzy meant she just about qualified for a day off on their first day of opening! So, the company started in the front room of a tiny little cottage in the Salt Pans Guernsey.

David had given up his job as a Director of the Associates Capital Corporation which was later acquired by CITI bank to form the largest bank in the world. His Mother in Law was understandably very concerned that David had given up a fantastic salary, health care and security to jump into the unknown. They need not have worried as the Company earned over £10,000 in its first month.

The Americans are great trainers and a lot of the skills David learnt while with Citi are the same principles the company uses today. He felt that there was a real opening for good old-fashioned service where the customer truly was king. The British banks had taken their eye off the ball and were busy trying to streamline their operations by closing branches and turning to technology and quite frankly the customer had just become an irritating distraction to them.

So for the first six weeks, the firm was doing extremely well then disaster struck and the bottom fell out of the Cherrys' world. Tanzy had contracted Biliary Atresia a rare liver disease where even today a liver transplant is required by 80% of patients before they reach 20 years old and very few make it to that age.

Selena had taken Tanzy to see the doctor because she was still jaundiced and was immediately referred to a locum specialist who insisted they get on a plane to Southampton early next morning for an emergency operation known as a Kasai. This had to be performed before she was 8 weeks old to give her any chance of survival until she was big enough for a liver transplant. Unfortunately, a baby born in Guernsey only hours after Tanzy didn’t make it and died of the same illness. There is no known cause of Biliary Atresia.

So, what a great time to have a fledgeling business no income, no health insurance, a big mortgage and Tanzy fighting for her life, David really had to dig deep into what he had done. He made a pledge that he would make it work no matter what as he owed it to his family.

Hanging out of the window of Southampton Hospital with a mobile phone the size of a brick David got his first real break, a mate from school wanted him to finance some hire cars. David thought maybe four or five, but it turned out to be thousands over the years. David put together some of the earliest syndicated financing packages and financed the cars through several lenders.

They were to spend over a month in Southampton and although David came back every week to sign up loans and drum up new business Selena hadn’t seen their son Jacob for all of that time.

Tanzy is a fighter and made it through without needing a transplant and today “Against all odds” she has a baby of her own, Archer, and as COO of the company is a major driving force for the company. Who knows perhaps? It could be succession planning taken even further.

For more information about Cherry Godfrey and their services call 711666 or click HERE.

Hi, I'm Rick, and I run thebestofjersey. Jersey is without doubt one of the best places to live and work. thebestofjersey provide a great way to promote your business with testimonials and recommendations...