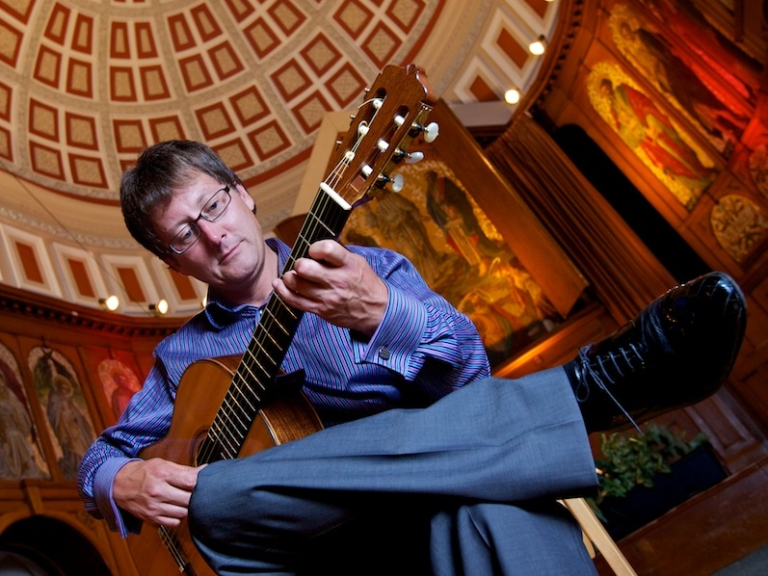 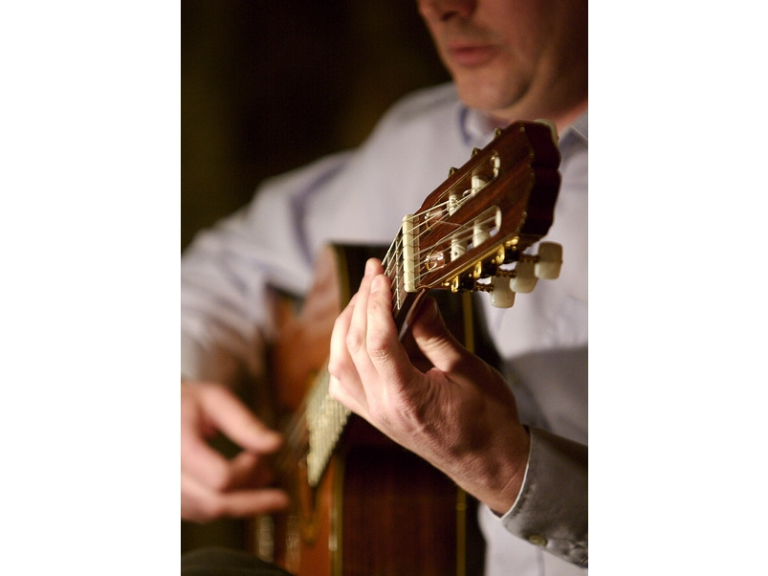 John Byrne is an internationally acclaimed performer in classical guitar who has been based in Guernsey for a number of years.

A world class Performer in Guernsey

John Byrne is a world class professional guitarist who has become well known in Guernsey as a regular performer at numerous concerts and events.

John studied at the Royal Northern College of Music, performing at the highly prestigious annual Principals Concert and where he participated in several master-classes with John Williams.

As well as an artiste and performer John is also a composer. He has had several songs published by Chappel Music and has given many radio and TV performances.

John still performs regularly across the UK as well as in Guernsey. His performances are enjoyed and admired around the country. Some of his more recent successes include:

John possesses an extensive performance repertoire of classical solo works but can also be seen performing regularly in concerts with orchestras, or in partnership with singers and other artistes and musicians. He is an adept performer in a wide variety of venues and at different types of events including:

Although mainly known for performing classical music John also plays contemporary guitar having worked as a session musician and as lead guitarist with The La's who had an international hit with 'There She Goes'.

John has been living, working and performing in Guernsey for a number of years and
more recently has been passing on his exceptional skills to Guernsey students as a guitar teacher.

See John's other page on
The Best of Guernsey
Music Tuition

John Byrne has proved his popularity in a variety of performance venues and is equally at home performing at private functions as on the concert platform.

He is available for performances throughout Guernsey and the UK.

Please mention
The Best of Guernsey
When you contact John Byrne

Latest Reviews
John Byrne is the best guitar teacher anybody could wish for, whether you&#700;re looking to learn electric or accoustic guitar. He has tought me for two years now, and I&#700;ve …
Source: thebestof.co.uk

See 2 reviews
Leave a Review
Sign up for offers
Social Interaction
Have you seen...?
Call
Website
Email
Review
By clicking 'ACCEPT', you agree to the storing of cookies on your device to enhance site navigation, analyse site usage, and assist in our marketing efforts.
For more information on how we use cookies, please see our Cookie Policy.