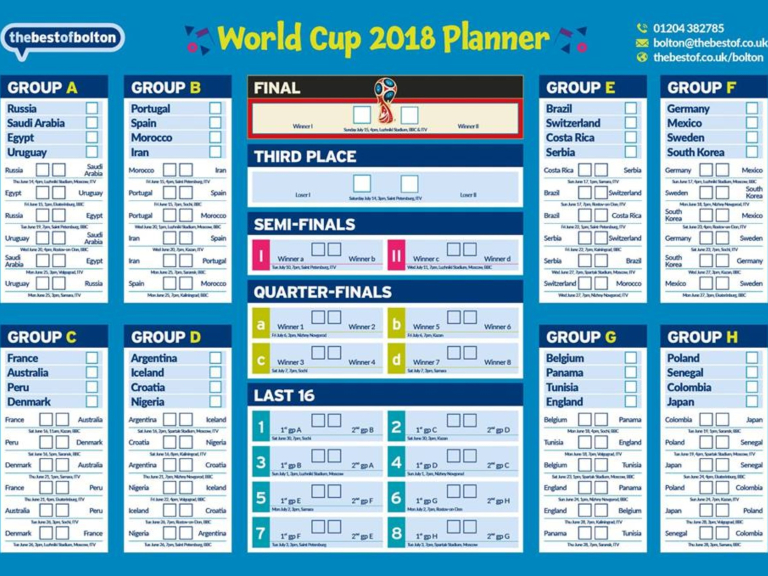 The World Cup commences on June 14th and will reach its conclusion on July 15th.

32 teams will play in the Group matches, having fought their way through the earlier stages to qualify - with the exception of the Russian team who automatically qualify as they are the host Nation. Eventually, the two finalists will play in the Final at the Luzhniki Stadium, Moscow, in the 21st final of the FIFA World Cup.

The England Team has the best chance in 50years of coming home covered in glory.

Gareth Southgate will lead his Team out against Tunisia on 18th June, our team are in Group G, and the match is being played at 19:00 hrs (7 pm), check below for the UK times.

Success in this round will see the England Team go into the next round and a step nearer the final.

Television Coverage of the knock out stage games is:

As with all World Cup Venue Countries, there will be a great deal of travelling to and fro between the Cities in which the matches will be played, Russia is a vast country and their Cities are far apart. This is a major inhibiting factor for the travelling fans who must finance trans-Russia travel and with the potential threat to their safety in mind, many England fans may have decided to stay at home and cheer at the television from their armchairs.

We wish the England Team every success. All our hopes are riding on Gareth’s guys coming back with the FIFA World Cup Trophy.