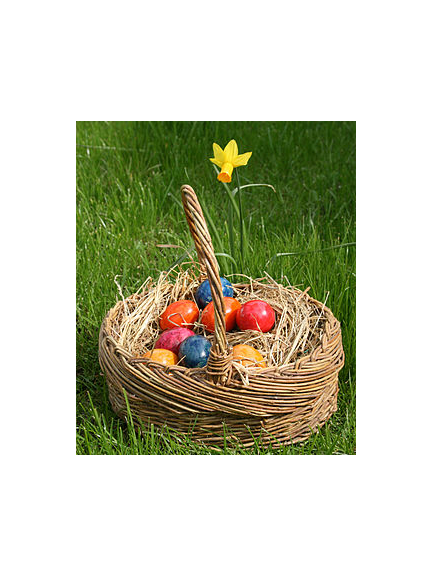 Easter eggs have a long religious history and is a part of one of the biggest celebrations Christians celebrate every day: The resurrection of Jesus: Easter. In this religious celebration many christens paint eggs and give it to their loved ones for Easter. It has been acknowledged as a symbol of continuing life and resurrection since pre-Christian spring celebrations.  In the past Easter eggs have been given by Chinese, ancient Greeks, Persians at spring festivals. The egg was an early symbol for to the first years of early Christianity especially after the resurrection as Christians believe that eggs are the symbol of a new life and the symbol of resurrection. Also this felt the most appropriate for Easter. In the middle ages eggs were dyed to be given as a gift at Easter. During the year 1290 Easter eggs became hugely popular because Edward the 1st English king purchased hundreds of eggs with gold leafs painted on it for households.

Easter eggs are one of the main “relic” of Easter, but it has changed a lot over the years. Nowadays people go out to supermarkets or cake bakery’s and buy chocolate eggs or plastic eggs filled with M&Ms or other types of small chocolate which they commonly give to their kids or put it into a homemade Easter bunny nest as a gift. Not many people decorate chicken eggs, only the very religious people, which are often made at the churches as activities for Easter. However these activities have become uncommon as well. The most common Easter “games” are played at primary schools in an open event for kids and their parents to come about.

A lot of people forgot that Easter eggs may not just be presents for the Easter holidays, it is also a sign of believing in Jesus and in resurrection, which added a new meaning to the symbolism of the egg, for just as the hard shell of the egg is broken open so that new life can form, just like when Jesus broken open his tomb when he rose from the dead on the third day, therefor Christians came to see it as a symbol of rebirth ,similar to the reincarnation of the Hindus.

I like like going out playing football and enjoy playing for my team against other teams at the weekends.