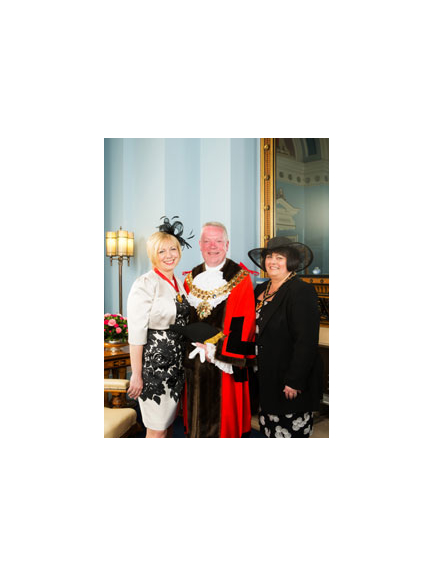 Bolton now has a new mayor, Cllr Martin Donaghy, who is taking over the role from previous mayor Cllr Colin Shaw.

Cllr Donaghy came to Bolton when he was 17, after leaving his home in Ireland to look for work. He soon started an engineering apprenticeship with a local company. Cllr Donaghy is also a councillor for Tonge with the Haulgh.

Business is very important to him, and wants to encourage more companies to take on apprentices and for business to remain a key part in Bolton’s success. As he will be in office one year, Cllr Donaghy wants firms to hire one apprentice a week, creating lasting jobs for people out of work. His other aim is for companies to give the places that need renovating or decorating in Bolton a complete facelift.

The new mayor will be accompanied in his duties by two mayoresses, Gay Wharton and Jacqueline Tracy. They will share their role equally throughout the year.

Outgoing mayor Cllr Colin Shaw thanked everyone for their hard work during his time as mayor, and said it had been an honour to have held the role.

The charities the new mayor has chosen to support this year are Bolton Hospice, Lagans Foundation, The Deaf Society and the National Rheumatoid Arthritis Society.