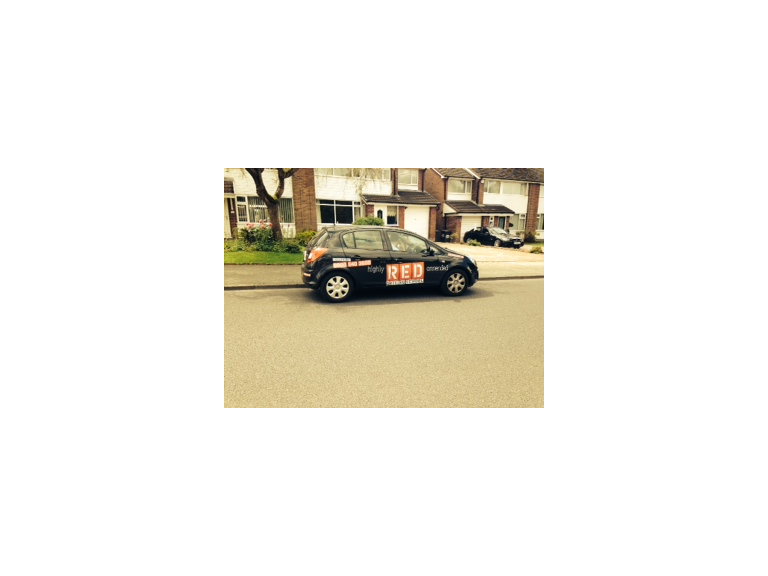 Wow that was a great lesson I had with Shaun Murray, I feel like I’m really progressing after that lesson, here’s what I learnt!

Today was such a great lesson! First we drove around for quite a while and were practising things such as speed and went on to a road with higher speed limits so I had to go faster, I was really nervous at first but I soon got the hang of it.

I thought I was doing a parallel park in this lesson but as there was a lot of children around playing we decided against it and decided to tackle a roundabout. We drove up to the roundabout near Johnson Fold and went around it, I was really nervous and didn’t quite get the hang of it straight away so this is one that I definitely need to practice.

We then did ‘meeting traffic’ and Shaun explained to me the distances I should keep behind the cars in front and I really understood it.

We then went on to B&Q car park to do some reversing into bays. Shaun explained to me that reversing into bays is the best way to do it and I agreed, at first we did a left reverse and he wanted me to reverse right next to a parked car with a man inside, I was so scared that I’d hit the car (and scare the man reading his newspaper) but I didn’t and it went really well. We then tried a right reverse into the bay, with this one I struggled a bit more but got the hang of it after the second try.

It was a really good lesson today, and I’m really getting better with my clutch control and not stalling it when setting off!