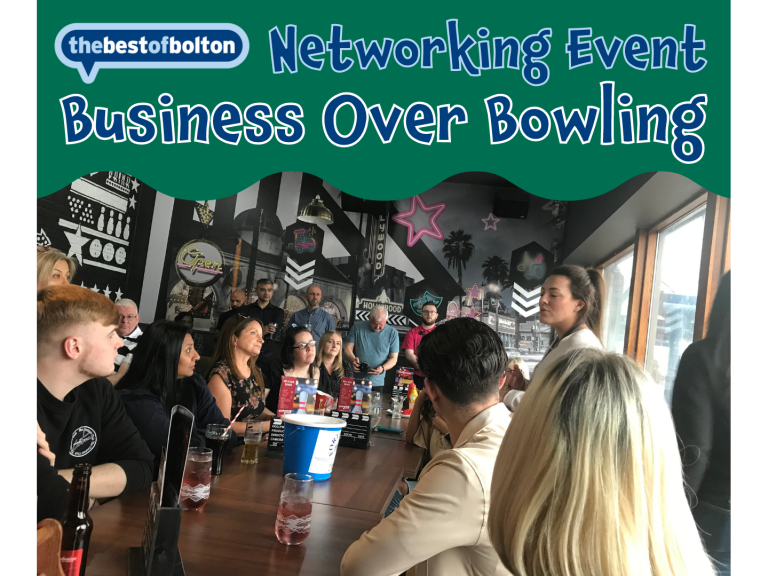 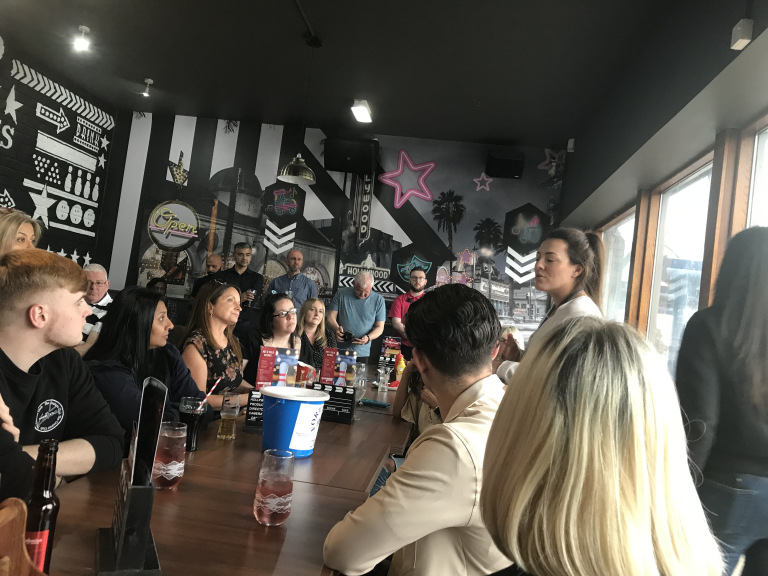 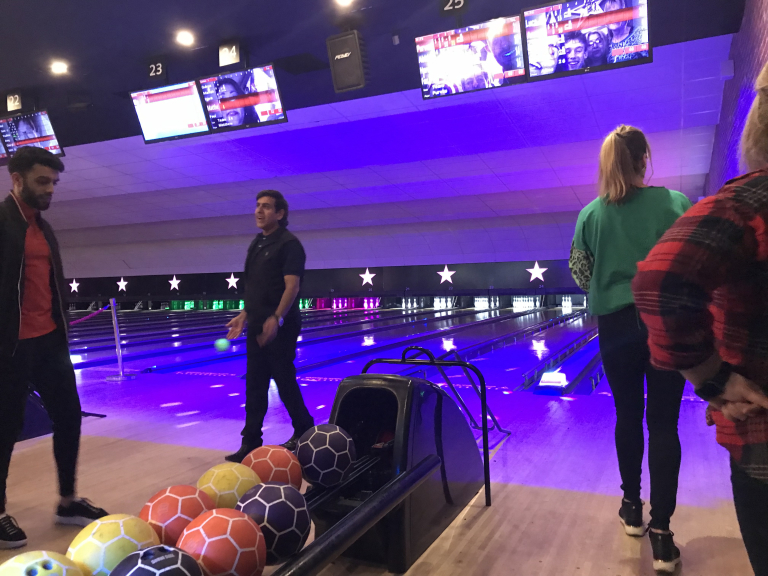 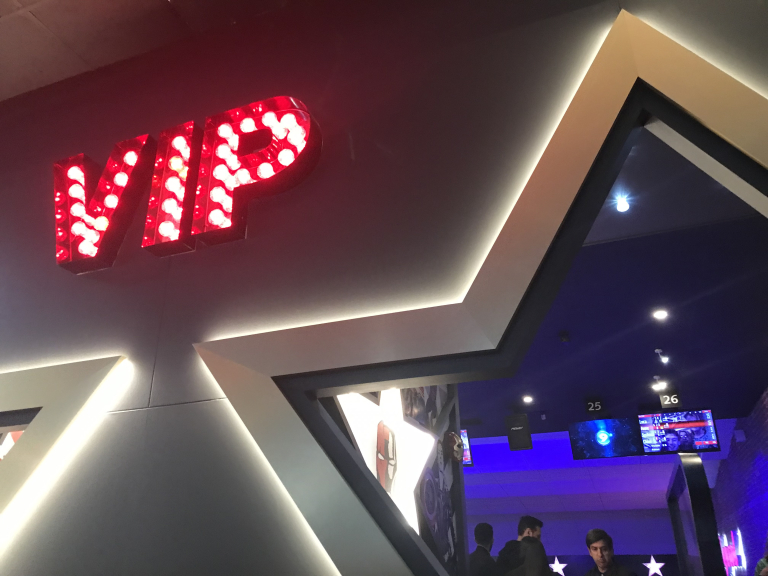 As I’m sure some of you are aware ThebestofBolton run a monthly networking event, and for May it was a very exciting social networking event, taking place at Hollywood Bowl with over 50 attendees. The event was kindly sponsored by The Saffron Group. Business over bowling was a great success and there were many laughs to be had as well as many great connections made.

The evening started off in the bar with people gathering and collecting drinks before making their way towards the ever-growing crowd of business entrepreneurs. People began to talk, network, and make some great connections. A lot of new faces attended business over bowling, and it was great to see everyone getting acquainted and connecting.

Once everyone had calmed down after the initial buzz and excitement, Bipin Patel from The Saffron Group gave a few words on the importance of networking and making connections, which has always been the aim of our monthly events. Before passing over to thebestofbolton’s very own Faz Patel, who reiterated the importance of making connections through networking before handing over to a member of the Hollywood Bowl team. Hollywood Bowl thanked everyone for coming and spoke a little about their renovation. Hollywood Bowl was then followed by a special guest who had arrived at the networking event from Quenching Boba and gave a few words about Quenching Boba before handing out a delicious bubble tea to every networking attendee.

And suddenly it was time for the main event of the evening… BOWLING. Once the networkers had split off into teams everyone set about trying to get the highest score to win a fabulous prize. The Hollywood Bowl had recently had some renovations, so the bowling lanes looked amazing, with brilliant brand-new bowling balls, fancy flashing lights, and a unique computer system that allows you to take a picture as a team for your score card.

ThebestofBolton would like to take this opportunity to say thank you. A big thank you to our event sponsor The Saffron Group, your support for this event has been excellent. And a massive thank you to Hollywood Bowl, who had allowed us to use their venue, bowling and even providing prizes for our winners. Both The Saffron Group and Hollywood Bowl have gone above and beyond, and we would recommend them to anyone.

TCB Bolton feature on the BBC’s One Show

How To Sleep Better Tonight
Sign up for offers
Sign up for what's on guide
Become an author
Popular Categories
By clicking 'ACCEPT', you agree to the storing of cookies on your device to enhance site navigation, analyse site usage, and assist in our marketing efforts.
For more information on how we use cookies, please see our Cookie Policy.