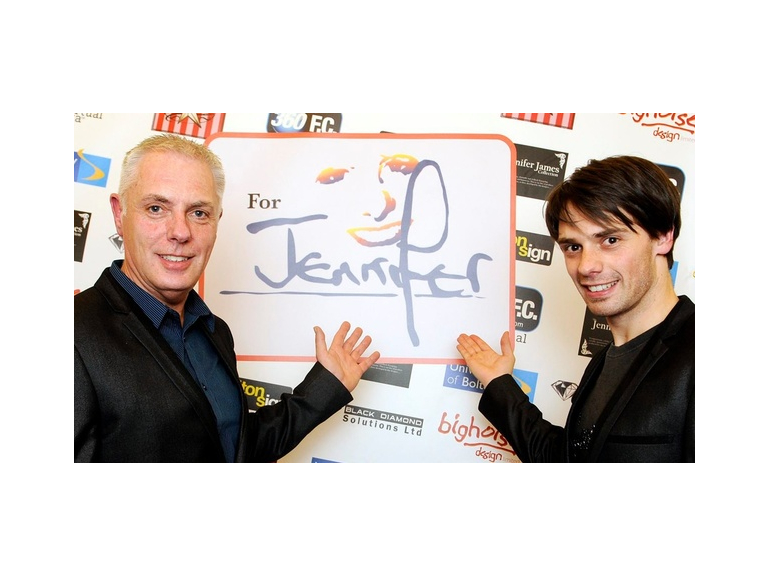 The inaugural Flame Awards took place at the end of January, and local charity The Jennifer Charity were big winners on the evening, taking home the "Hero In The Community" award.

The charity was set up by father and son duo Graham and James Edgington, to help widowed fathers and their families. It came about when Jennifer, mother to James, died when he was just 16 months old.

Set up in 2010, The Jennifer Charity provides an invaluable support network for fathers across the country, including respite care for families, as well as psychological support and bereavement counselling.

Since being founded, the charity has gone, not just national, but international, with a number of celebrity endorsements and a hugely successful annula charity night. As a result of all their hard work, they were nominated for a Flame Award in the "Hero In The Community" category. And they, quite rightly, took away the top prize.

The Flame Awards aim to celebrate the work and achievement of UK-based community groups, volunteers, charities, schools and the emergency services. The event took place on the 25th January, and was hosted by former Coronation Street actress, star of Loose Women, and 2012 Celebrity Big Brother winner, Denise Welch.

It is a huge accolade for the charity, and thoroughly deserved. Congratulations to James and Graham, and everybody else associated with The Jennifer Charity.