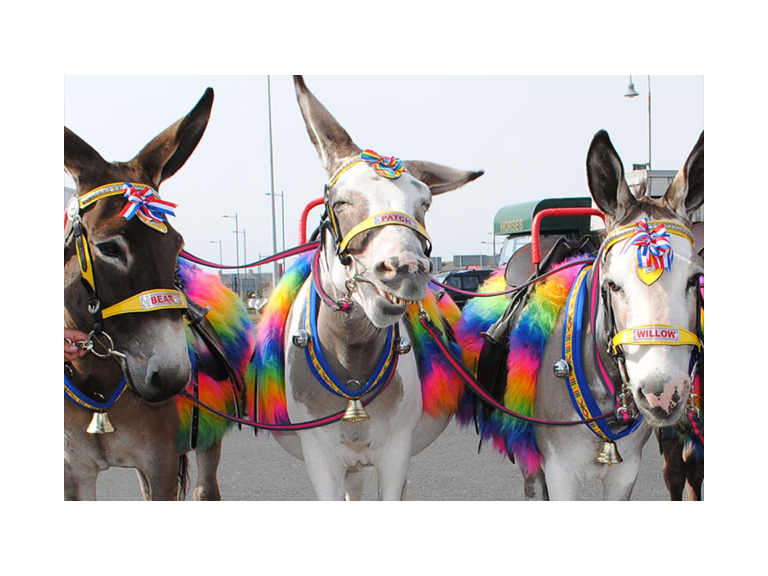 A Bolton town centre park will be transformed into a temporary traditional seaside resort.

Bolton Council will be bringing the Victorian seaside to Queens Park on Sunday, May 25, from 11am to 4pm.

The event has been organised to celebrate the £4.3m refurbishment of Queens Park, which has seen the park restored to its former Victorian appearance.

Families will be able to build sandcastles on a beach with 20 tonnes of real sand, ride on a donkey, have their pictures taken in Victorian costume and enjoy a traditional ice cream.

Traditional deckchairs will surround a renovated amphitheatre at the park and visitors can enjoy a picnic to the sounds of a variety of bands.

They will also be able to try their luck at traditional fairground games such as the coconut shy and hook a duck.

More adventurous visitors can have a go at beach volleyball, ride a surf simulator, take the wipe-out challenge, or climb the climbing wall.

There will also be a large funfair, as well as rides around the park in a rickshaw or penny farthing bicycle.

A Punch and Judy show and a variety of other street performers will also entertain visitors.

At the Queens Park Pavilion, there will be a pop up cinema with a showing of ‘Spring and Port Wine’, made famous by Sir John Mills, which was filmed in Queens Park and in Bolton.

Local residents can also take part in a ‘living history film’, which will record their memories and stories of the park and growing up. The film will then be archived as part of the Heritage Lottery project at Manchester Libraries archive.

Cabinet Member for Neighbourhood and Community Services, Councillor John Byrne, said: “We’re really excited to be holding this event, which celebrates the refurbishment of Queens park and its restoration to its former Victorian glory.

“We hope that residents will enjoy taking part in all the traditional Victorian seaside activities, from donkey rides to penny farthing bicycle rides and from watching Punch and Judy to hooking a duck at a sideshow.

“We’d like to encourage everyone to come down to the park for what we’re sure will be a great day out for all the family.”