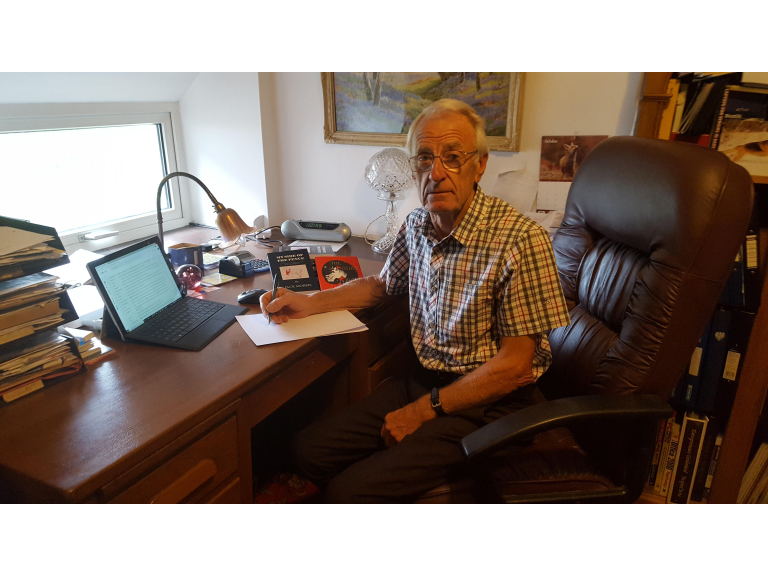 One man, however, can be credited for boosting their popularity across the UK and beyond - retired Farnworth butcher and businessman Jack Morris.

Now, Jack, aged 81, has written a book about his working life, explaining the entertaining journey both he and his black puddings underwent to reach their status in 2021.

He wrote The Other Black Beauty with a nod to the equestrianism his wife and daughter have always enjoyed.

However, it was the sheer hard work and belief that Jack put into making his black puddings which not only brought the butcher’s  business success but also laid the foundations for the success of another: The Bury Black Pudding Company.

Jack started working in his Dad’s shop when he was 15 and took it over when he was 20. He joined the Bolton Butchers’ Association then and is now its trustee, secretary and treasurer as well as being a former president.

The fortunes of the family firm where Jack worked all his adult life took a new turn when he organised the first competition to find The Best Black Pudding in Great Britain in 1970.

As the book humorously chronicles, Jack and his wife Shirley had the idea after he entered a French black pudding competition and, to his great surprise, won a gold medal.

The first UK competition proved very popular, leading to new orders that forced him re-think the scale of the business and consider larger premises.

The annual black pudding competition became a popular media event and lasted for 32 years. It not only drew entries from all over the country but also involved celebrities of the day as the winning puddings would be presented to them.

The second half of this entertaining little book -  all told in Jack’s distinctive style - also covers how Jack’s son Richard and his business partner Debbie took over the company.

They expanded the sales to create the extremely successful Bury Black Pudding Company globally - providing another important chapter in the life of this Northern delicacy.

Caption: Jack Morris now retired but with a wealth of memories that he shares in his new book