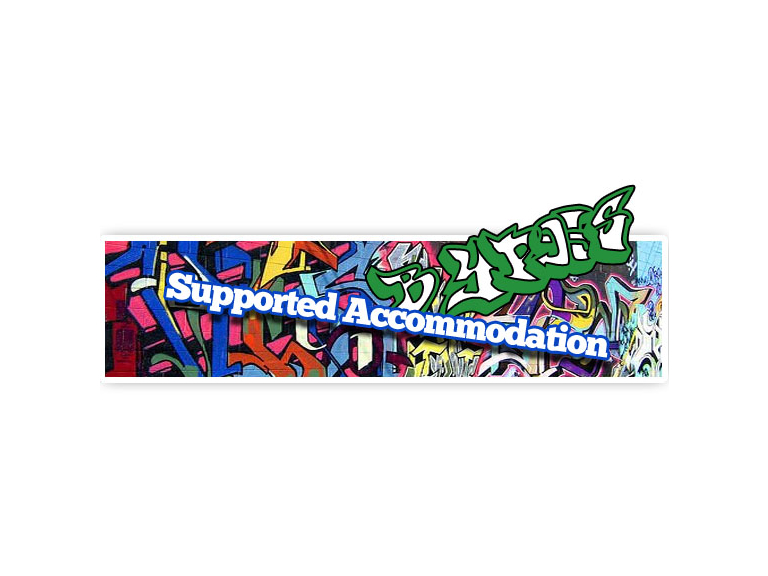 Earlier on this year, Maura Jackson from the Bolton Young Persons Housing Scheme spent 5 days on one of her projects, to experience what life is really like as a young person at BYPHS.

Maura, the director of the charity, was challenged by the young people to spend time on the project, in the same housing and with the same budget they have.

As a result of her experiences, Maura raised over £1,100 for the organisation, as well as gaining a bigger understanding of what it is like for young people. It should help to shape service delivery and improve it in the future. All the money donated goes to the young people and not running costs.

On her first day she did a mock sign up for her tenancy and got helpful advice on safety and budgeting. She was told she would be without heating for at least 24 hours, which was disappointing news. Maura then inspected the flat and her home for the next few days.

She carefully planned her budget and which items she needed to buy over the course of her stay with a support worker. After going shopping she learnt some facts on water charges and realised how little her budget would stretch when you need to do the weekly shop. Maura went round town to kill some time before attending the BYPHS drop in centre.

On day 2 Maura was woken up by the cold and the rain, because of the lack of heating in the flat at the time. She tried to warm up using the electric heater but was wary of waking her neighbours up! She made breakfast before once again contemplating the average minimum outgoings young people on BYPHS have. After electric, gas, TV license, water rates, bus passes and mobile phone top-ups, it often leaves less than £5 to buy food, cleaning products; laundry etc. so there’s no possibility of a social life and other luxuries. She realised it wouldn’t be possible to live without having to sacrifice something. Maura spent some time in her flat reading and watching television but quickly got bored

On her final day on the experiment spent 6 hours doing the charity bag pack at ASDA for BYPHS. They raised over £500 and spent a lot of time talking to people about the project. Again all the money raised from this goes directly to the service users themselves. After the bag pack Maura went back to the flat for the evening and quickly realised how much gas she had used and the cost of it. She began to understand the heat or eat dilemma.

She recorded a video diary of her experience and you can watch the 11 minute video on this link. She also wrote diary of her week which you can read on the news pages of BYPHS' website. You can also search for the #walkamileintheirshoes on twitter.

Bolton Young Persons Housing Scheme provides supported accommodation; drop in centre, night stay service and ongoing support and advice for 16-25 year olds in Bolton. To find out more about the organisation call them on 01204 520183.

Charities in Bolton
To see the businesses in our Charities section, please click here.
Latest Articles

The Essential Holiday Checklist
Sign up for offers
Sign up for what's on guide
Become an author
Popular Categories
By clicking 'ACCEPT', you agree to the storing of cookies on your device to enhance site navigation, analyse site usage, and assist in our marketing efforts.
For more information on how we use cookies, please see our Cookie Policy.