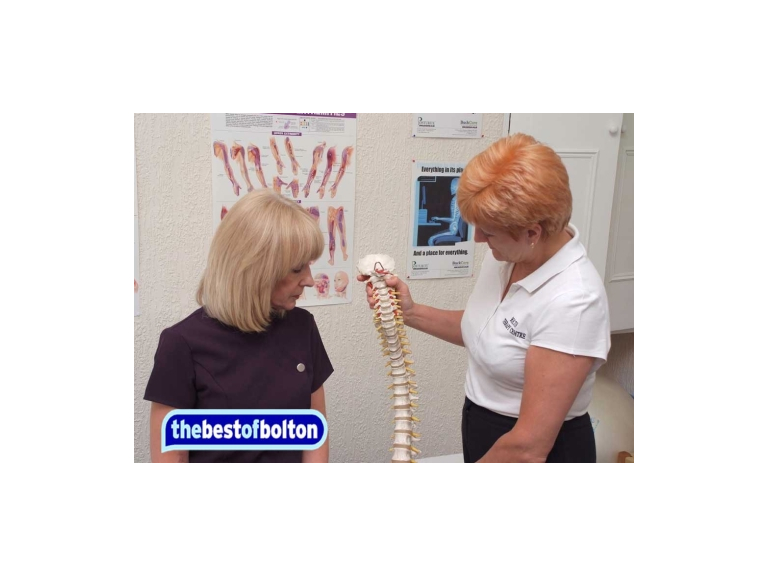 Having bad posture when using a computer or mobile device can cause serious pain or damage to your back and skeletal muscles. Here Bolton Therapy Centre explain what causes the pain, and most importantly, how to treat it.

If you’re under the age of 20, chances are you will never heard of VDU. It is in fact a virtual display unit, but you’ll probably think it’s referring to a social disease.

The use of tablet technology is on the increase and many offices have already implemented procedures to look after staff and prevent them from developing a bad back, neck or other muscular skeletal problems. This was recommended by the HSE (health and safety executive)

Many young people are comfortable slumping over a device, and consequently 84% of 18-24 year olds say they have suffered back pain in 2012.

But don’t worry, you don’t have to suffer, Bolton Therapy Centre have just the solution for you. The Theraflex is a bionic hand vertebral mobiliser that can loosen stiff necks and backs caused by I-Posture. Give them a call on 01204 689679.

Research has shown that back pain is more than just a minor pain, it causes 18-24 year olds to miss more days off work than any other age group (on average 1.5 days more than their parents generation.)

The increase in the use of hand held devices and a lack of knowledge of good posture and how to stop back pain means we could be on the brink of a back pain epidemic, says a recent survey of 3,000 adults. This so called iPosture generation are developing bad habits that could lead to back pain in the future.

Pretty much every age group spends equal amounts of time sleeping as they do in front of a computer, laptop or tablet. Over 55’s on average spend 6.64 hours a day in front of a screen and 18-24 year olds 8.83 hours a day on average. This was not including traditional TV.

67% of 18-24 year olds say they slouch in front of a computer at work and 49% say they do so at work. However older generations, specifically 45-54 year olds, are twice as likely to sit up straight on a chair with their laptop, pc or device in front of them.

A spokesperson for the charity Backcare said: “most people suffer back pack in their lower back. However 18-24 year olds are two times more likely to have back pain in their lower back and three times more likely to have back pain around the upper back and back of the neck. Slumping and hunching over computers and devices has led to a definite increase in different types of back pain between different generations.”

Physiotherapy in Bolton
To see the businesses in our Physiotherapy section, please click here.
Latest Articles