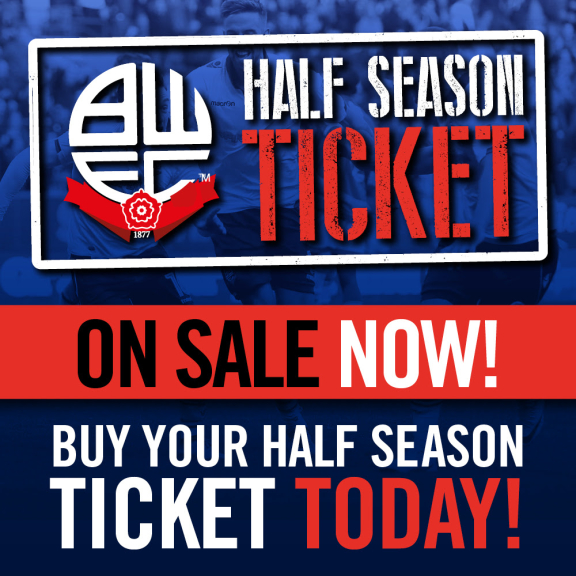 Exciting News, half season tickets are now available for the remainder 2016/17 Bolton Wanderers Football Club matches of the Sky Bet League One Campaign.

There has been an impressive start to this season with Bolton Wanderers, and they are looking to build on their efforts coming into the second tier of the season.

The pricing is as follows

Not only that, you can by a family ticket for 1 adult and 1 child, North Stand Upper for £190!

These half season tickets would make a perfect Christmas present for a Bolton Wanderers fan, and they can be purchased by visiting Bolton Central or calling 0844 871 2932