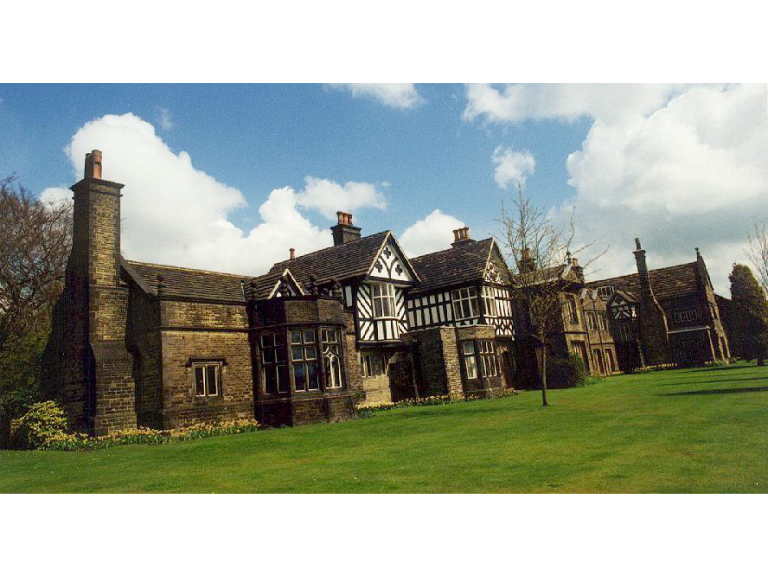 Bolton is a town that has producted many stars, from Olympic heroes past and present, to nautical legends and musical maestros. It also has a presence on television, from Gandalf to Anthony Royle. And now, the town is set to see the launch of several new local stars as Bolton's paranormal beings are chronicled in the show Great British Ghosts.

Spooky activity in two of Bolton's most haunted buildings - Smithills Hall and Hall i' th' Wood Museum - are to be investigated in the show presented by wildlife expert Michaela Strachan.

The two buildings have been plagued by mysterious noises and strange visions, including children's laughter and disembodied faces in mirrors. Glass has been smashed and some people have even been seized by unearthly bodies and found themselves scratched by invisible beings.

Smithills Hall was built back in the 13th Century, and has had a chequered past, including use as a Victorian Sunday School and a centre for 'wayward boys'. It also contains the preserved footprint of Protestant martyr George Marsh, who stamped his foot in the house before he was burned at the stake in 1555.

Hall i' th' Wood museum has had an equally interesting past. It was built in the 16th Century as a home for a local wealthy merchant.

Besides these two buildings, several others in the local area have seen strange happenings. Bolton School, pupils and staff often see strange figures of past pupils roaming the corridors that can be traced back to 1516. And Ye Old Man & Scythe, England's fourth oldest public house dating back to 1521, is often haunted by the victims of the Massacre of Bolton.

Whether you believe in the paranormal or not, the show is sure to be an interesting and riveting watch, and an insight into a side of Bolton not many people know about. So watch Great British Ghosts, Friday 14th September at 9.30pm on UKTV's Yesterday channel.