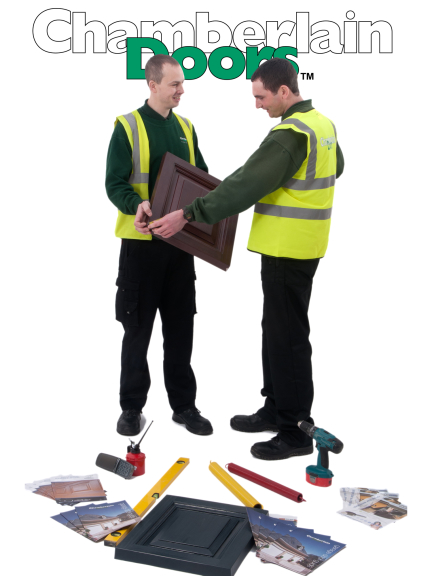 Chamberlain Doors seem to have been celebrating a lot of staff milestones this year and they have calculated that as of December 2013 they have awarded 185 years of service between the staff this year alone just at their headquarters in Blackrod.

Each member of staff receives a certificate for their 5, 10,15,20,25, 30 etc years of service, as well as a letter from Chamberlain Doors and a bunch of flowers for the ladies. This year they have had quite a few staff members who have reached their 15, 20 and 25 years with the company. Those members of staff that have reached a quarter of a century working with Chamberlain Doors received a small token of thanks from the company.

This year alone drivers, installers, sales administrators and accountants have all reached milestones within the company. Many of these people have been working at Chamberlain Doors since they were 18, and are celebrating their big anniversary (5, 10, 15, 20 and 25) years, but the biggest achievement is yet to come, because many staff will be celebrating 30 years of service with Chamberlain Doors as their next big milestone in a few years time.

Chamberlain Doors themselves have been established for 40 years and supply and install garage doors, electric operators and accessories to both the retail and trade markets.