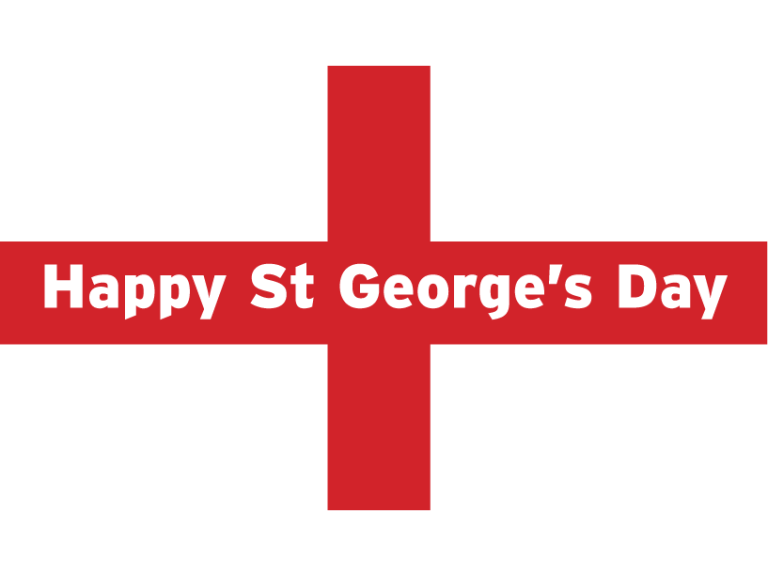 St George’s Day is on Tuesday 23rd April and our bestof Bolton members are getting into the spirit. You can hold a special St George’s day party too with our members’ incredible products.

Fancy That have tons of great costumes you can wear on the day. You can get a come on England cape and flag to show you are patriotic. One of the symbols of St George’s Day is a knight, and Fancy That have a full knight’s costume, complete with headpiece, cuffs, cape and belt. If you want to decorate your face as well, Fancy That stock white and red paint, and greasepaint sticks. You can ring them on 01204 684561

If you’re holding a St George’s Day party on the day then Cake Delight can bake you some special cakes.  They will ice you on a red cross or whatever design you choose. Contact them on 01204 689917

Bolton Hospice are hosting a St Georges Day concert at Victoria Hall. It is in partnership with Bolton Le Moors Rotary Club. The brilliant Rastrick Brass Band and Brighouse will be performing.

It’s all very well us celebrating the occasion, but what exactly is the story of St George’s Day? Well it is a surprisingly sad and slightly gory tale.

St George was born in Turkey in 270AD and he then moved to Palestine to become a soldier. He quickly rose through the ranks, but resigned after several years in protest against his pagan leader. The leader, Emperor Diocletian led Rome’s persecution against Christian’s. St George was jailed for his protests, but he stayed true to his Christian faith, even after torture. Emperor Diocle was so angry he dragged St George through the streets and had him beheaded.

So there you have it. That’s how Bolton’s businesses are celebrating St George’s Day? What will you be doing?