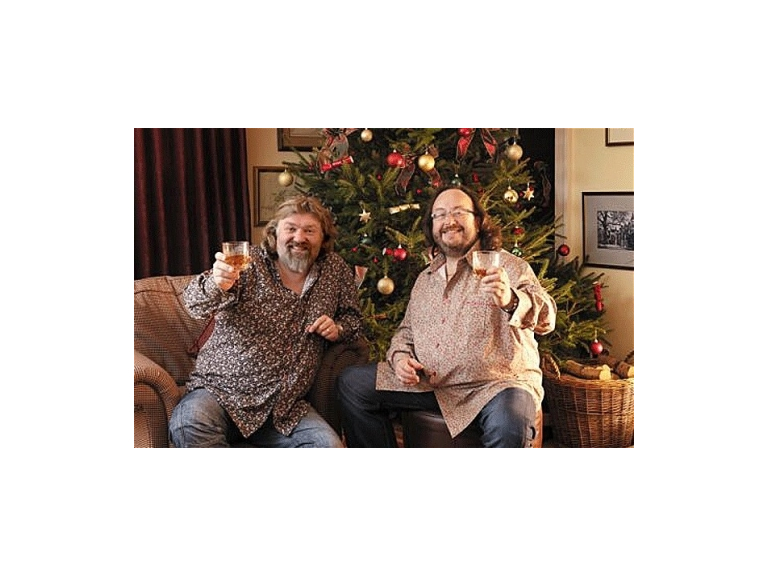 As a wise man (you should get the significance of that in a few words) once said, it's never too early in the year to start thinking about Christmas (now do you get it? Though come to think about it, I'm not sure it was a man that said it, more likely it was a woman, though that wouldn't have worked as well). Bolton has been thinking along the same lines, and it's planning has begun with a bang.

For, it will be the town's favourite bearded bakers, television's The Hairy Bikers, who will have the great honour of switching on Bolton's Christmas lights in November. They become the latest in a long line of celebrities that have flicked the switch, celebrities that include McFly's Danny Jones, Bolton Wanderers' Kevin Davies and X-Factor's Laura White.

Si King and Dave Myers have been welcomed into the Bolton public's hearts, and they have done the same in return, having been major attractions at the past two Bolton Food & Drink Festivals. Their mixture of tasty recipes, no-nonsense banter and Northern humour have proved a huge hit, and they were "gutted" when they discovered they were unable to attend this year.

However, they have been delighted to hear about the invitation to turn on the Christmas lights, and hastily accepted, excited to return to the town that has adopted them.

The festive fun will start at 4pm on Saturday 24th November, with the Hairy Bikers counting down to the big switch-on at 6pm. Then, the bearded duo will perform their show Larger Than Live, a mix of recipes, jokes and tales from their travels, at the Albert Halls.

For more details about the Christmas programme in Bolton, and information which will be released nearer the time, keep a close eye on the blog, as when we know, you'll know.