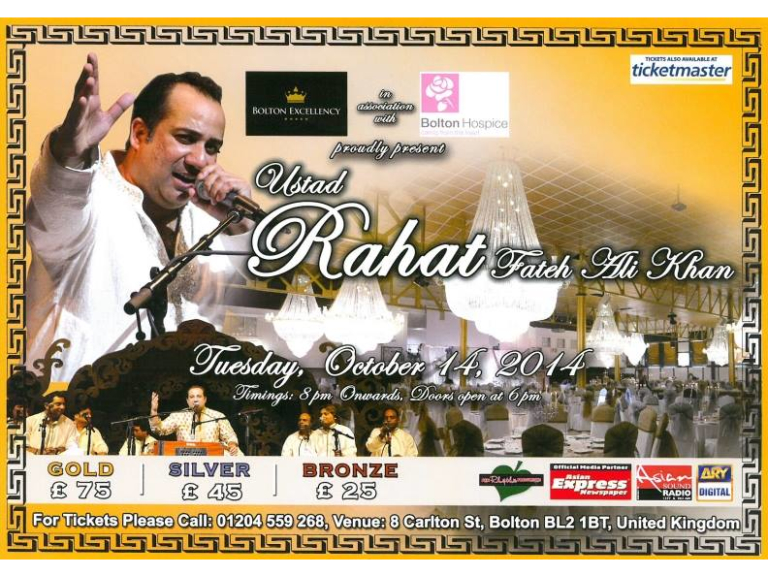 A taste of Bollywood is coming to Bolton this October World renowned singer and Bollywood superstar Rahat Fateh Ali Khan will be performing at the Bolton Excellency on Tuesday 14th October to raise money for Bolton Hospice.

Rahat has won a string of Bollywood and international awards including best male singer in 2010, 2011 and 2012, won the prestigious filmfare award and was declared international artist of the decade by the UK Asian Music Awards. He will be performing with his full orchestra at the event.

The proceeds from the event will help Bolton Hospice continue to care for local people with both cancer and non-cancer life-limiting illnesses. The charity has to raise over £2.5 million per year to keep its vital services running.

ThebestofBolton Strike up connections with their exciting social networking event for May!

8 Cooking Hacks That You NEED To Know
Sign up for offers
Sign up for what's on guide
Become an author
Popular Categories
By clicking 'ACCEPT', you agree to the storing of cookies on your device to enhance site navigation, analyse site usage, and assist in our marketing efforts.
For more information on how we use cookies, please see our Cookie Policy.