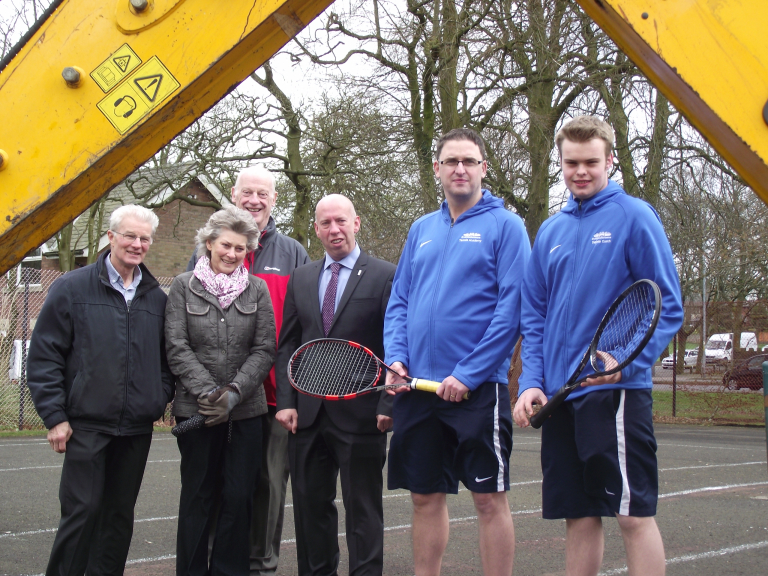 The scheme is part of a £2m investment programme, in which the council is investing in local sports and recreational facilities across the borough. This is money which can only be invested into council-owned land and buildings and cannot be used on the day to day running of the council.

The tennis courts at Moss Bank Park have been at the park for a number of years, but the surface has degraded, making it difficult to play on. A new resurfacing of the courts and new lighting will allow more games to be played at the site. The council will also be investing over £300,000 in refurbishing and resurfacing other tennis courts across the borough, including courts at Bradford Street Park, Kearsley, Harper Green and Westhoughton Central Park. The work on the tennis courts is also part of work by Bolton Council to work with Bolton Arena on developing grass roots tennis in the borough. The council hopes by resurfacing these courts and working in partnership with Bolton Arena and Sports England, it will be able to develop and nurture tennis stars of the future.

As part of the £2m investment programme, the council will also be investing in a £474,000 sports development, which includes four new football pitches, changing rooms and toilets at Hulton Lane Playing Fields; over 600,000 on draining other playing fields, over £200,000 on new and refurbishing multi-use games areas, approximately £150,000 on cycle trails and £60,000 on Bolton's first outdoor gym.

We hope that these new tennis facilities will not only encourage young people to take part in a new sport, but also may help us develop and promote the tennis stars of the future.

The other investment we will be making in draining other pitches, refurbishing tennis courts and creating cycle trails should mean that there is a sport or activity for everyone across the borough."