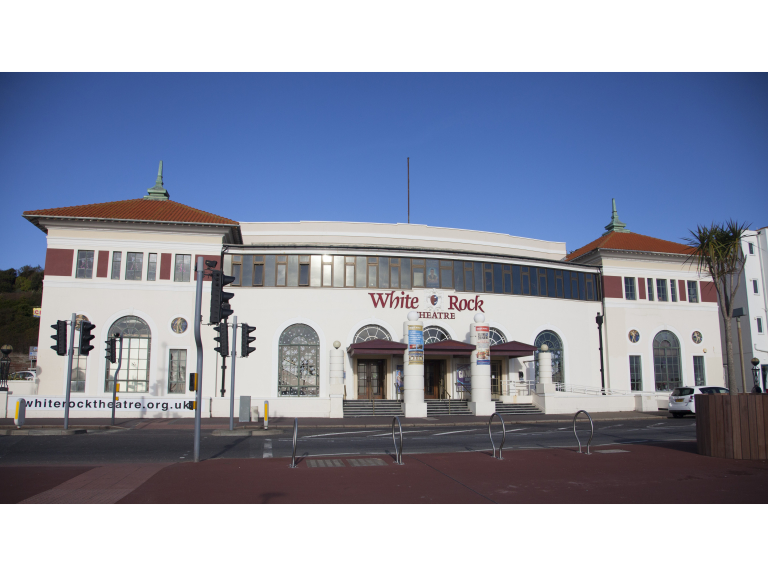 What is on at the White Rock Theatre in May?!

Here's the full lowdown for you:

11th May  Brian Conley Star of the West End and Television
The multi-talented and irrepressible Brian Conley returns to the stage with his brand-new show “STILL THE GREATEST ENTERTAINER – IN HIS PRICE RANGE”. Featuring brand new comedy, sketches and songs alongside some of his best-known material from stage and screen. Book now to avoid disappointment.

12th May The Illegal Eagles
The World’s Of icial No.1 Eagles tribute band returns for another outstanding show promising more of their trademark musical prowess, acute attention to detail, and incredible showmanship.

14th and 15th May Bill Bailey Larks in Transit
Larks in Transit is a compendium of travellers’ tales and the general shenanigans of twenty years as a travelling comedian. With musical virtuosity, surreal tangents and trademark intelligence, Bill Bailey tackles politics, philosophy and the pursuit of happiness.

‘Muddle Class’ promises to feature a wealth of new material about Jason growing up ‘working class’ then finding, over the years, that part of him has become ‘middle class’ - causing much confusion! Delivered with Jason’s amiable charm and captivating wit, this is a show not to be missed.

17th May  Danny Baker
A high-principled, peppy series of one-night-stand appearances at dozens of theatres around the country. Danny will be joined on some nights by both Bruce Springsteen and Bob Dylan – two of the nicest dogs he has ever owned.

You can now book your Pantomime Tickets online for later in the year... oh no you can’t, oh yes, you can!

And if you'd rather be on stage to join in the action then why not audition!

White Rock Theatre is running auditions for this year's Panto on Sunday 20th May. So, who wants to be part of the greatest panto ever?!

White Rock Theatre Hastings is looking for outstandingly talented dancers who have reached Grade 6 in either Ballet or Modern Dance. The successful dancers will join the Company as part of the Juvenile Dance Chorus for Jack and The Beanstalk and will work with professional choreographer Ryan Lee Seager in the Panto season later this year.

Girls aged between 13 and 19 on December 1st, 2018 must have excellent dance ability and outstanding stage presence. All successful candidates will also work closely with the professional director, musical director and cast and will have the opportunity to partner students from Laine Theatre Arts. Singing and Drama experience is preferable but not essential.

For more information about the auditions on Sunday 20th May and download an application form here.