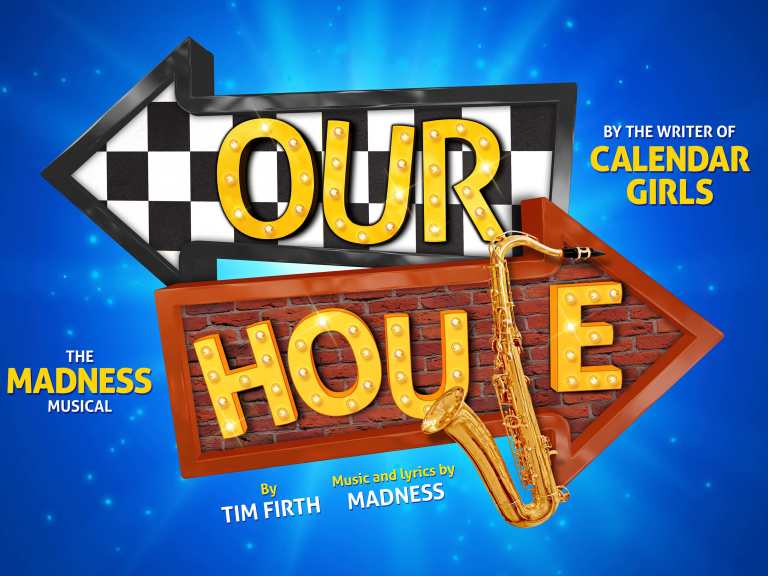 The beloved English ska band Madness formed in 1976 in Camden Town, London and have such hits as Baggy Trousers, House of Fun and Must Be Love.

These familar songs now exist in the score of the West End smash hit musical: Our House; which is currently on it's UK tour and I had the delight of watching the show on it's opening night at the White Rock Theatre, Hastings.

My expectations where high as I was aware that the show had won the 2003 Olivier award for Best New Musical, but did my expectations live up to the reality?

In some ways yes, the dancing and singing was exceptionally strong. I saw audience members in front bobbing their heads up and down as the first song: Our House was performed.

The two main leads, playing 16 years old Joe Casey (Jason Kadji) and the angelic Sarah (Sophie Matthew) were both talented. I would suggest they are triple threat entertainers (definition: someone who excells in singing, dancing and acting). Additionally, I felt the costumes suited the different characters well.

In terms of the story itself, in parts I found it confusing to follow. This might of been down to the fact that sometimes it was hard to hear what the actors were saying over the music. I was sat in one of the circle seats, near the back of the theatre and felt that the actor’s microphones needed to be turned up now and again when they were delivering lines.

My favourite song of the night was ‘Wings of a Dove’, which was performed superbly by all cast members. Additionally, the choreography for this scene was fantastic!

Overall, it was an enjoyable evening and I would definitely recommend booking your tickets. It will be playing at the White Rock Theatre, Hastings until Saturday 23 September.

So join the madness, and sing and clap along to your favourite Madness tunes!

I am a recent graduate who was born and raised in Hastings, East Sussex. I have previous experience of blogging for my own website on WordPress. I thoroughly enjoy reviewing new places and events....