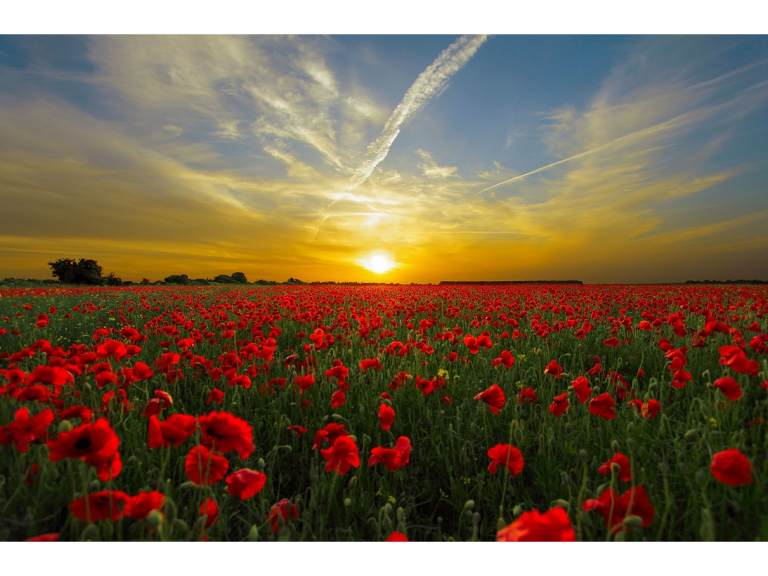 On Remembrance Sunday, our Uniformed Services will meet at Hastings Town Hall with The Mayor and local VIPs. They will parade along Queens Road where they will be joined by The Veterans at Morrison’s. The Parade will then continue to Alexandra Park where the Service of Remembrance will be held at the War Memorial, it is anticipated that the service will take approximately half an hour. A two minutes’ silence will be observed.

Presently the Nation is marking the 100th anniversaries of the battles during the First World War and the unimaginable loss of life during that period of our history. Names including The Somme, Ypres and Passchendaele come readily to mind. The 100th anniversary of The Battle of The Somme was marked earlier this year.

Red Flanders Poppies grew in their thousands amongst the battle fields, flourishing even amidst chaos and destruction. In early May 1915, soon after losing a friend in Ypres, a Canadian doctor, Lt Col John McCrae was so inspired by the sight of the poppies that he wrote the now famous poem 'In Flanders Fields'.

The Flanders Poppy, was a sign of life in the face of those terrible events and was adopted as the symbol and a means of raising money to assist all who have suffered and fallen in war time. Major George Howson later set up the Poppy Factory to employ disabled Ex-Servicemen. Today, the factory and the Legion's warehouse in Aylesford produces millions of poppies each year.

The Poppy and the Act of Remembrance honour all men and women of all Faiths and Nationalities who have served this Country in conflicts that have occurred during and since the two World Wars. More recent conflicts that are fresh in the memory include, the Falklands Conflict, the two Iraq Wars, Bosnia, Afghanistan and in times past Korea, Malaysia, Aden and so on. Sadly, there are too many to list here.

There are young men and women presently serving, and their brothers and sisters in arms who are no longer in uniform, who wear Gallantry Medals and Campaign Medals and for some the visible, and invisible, effects of their service. All of them and their friends and colleagues who did not make it will be remembered. The Act of Remembrance is also for the families of our fallen and damaged young people who also suffer.

When young people ‘join up’ in the Military it is for a great life, a career and world-wide travel, not one person ‘signs on’ to become a casualty but service sometimes carries its price. Many people suffering the after effects of War need continuing help, support, and treatment, it is for them that the Nation will remember on the 11th and 13th of November, and it is for them that we sell, and buy, our Poppies because the money raised is put to excellent use in their support.

This is a fine time to honour the gift of service in everyone who serves as we hope for more peaceful times to come.