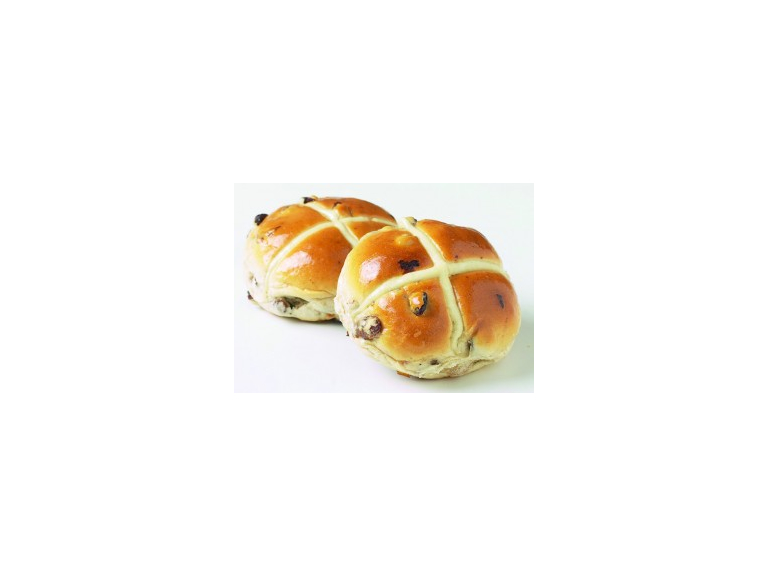 In an ancient Roman city near Pompeii called Herculaneum, remains of cakes were found and on these cakes were marked crosses which suggested that Romans were eating confectionary, which were very similar to hot cross buns as we know them today. The crosses on these cakes where crudely marked into the bread using a knife rather than piped on with pastry. Pagan Saxons made the cross to show the four quarters of the moon whereas in other cultures it was meant to show the lines along which the bun should be divided.

Older theories believe that the ancient Egyptians offered small round buns to the goddess of the moon with the cross representing two ox horns which is the symbol for strength and sovereignty. The only certainty is that the term ‘hot cross bun’ appeared in the 1733 Oxford English Dictionary along with the folk song ‘Good Friday comes this month, the old woman runs, with one or two penny Hot Cross Buns’. This folk song tells us that the tradition of eating hot cross buns on a Good Friday must have started before the date of the dictionary’s publication.

During the 14th century Christian missionaries were campaigning effortlessly to convert the population. They even reinterpreted the humble bun which forever is associated the cross with the church. It made perfect sense, as eating the bread could be linked to the Holy Communion.

During the late 16th century, Queen Elizabeth I passed a law in which the sale of buns, spiced cake, bread and cakes within in London could only happen for funerals and the Friday before Easter and Christmas. Which began the tradition to eat hot cross buns on Good Friday. Why was this ban in place? Well for superstitious reasons, it was believed that the buns had medicinal or magical properties and that the church where fearful that these powers were being abused. Some believed that the buns could protect their home from fire or bad luck. Sailors would also take hot cross buns with them to prevent shipwreck. It was also believed that if a hot cross bun was baked on a Good Friday it would never go mouldy.

Despite this law it was not illegal to bake them at home on any day of the year, and it eventually became too difficult to monitor production. In the 1700s the ban was lifted!

So, now that you know some of the history, we hope that you’ll enjoy your Hot Cross Buns this Easter!