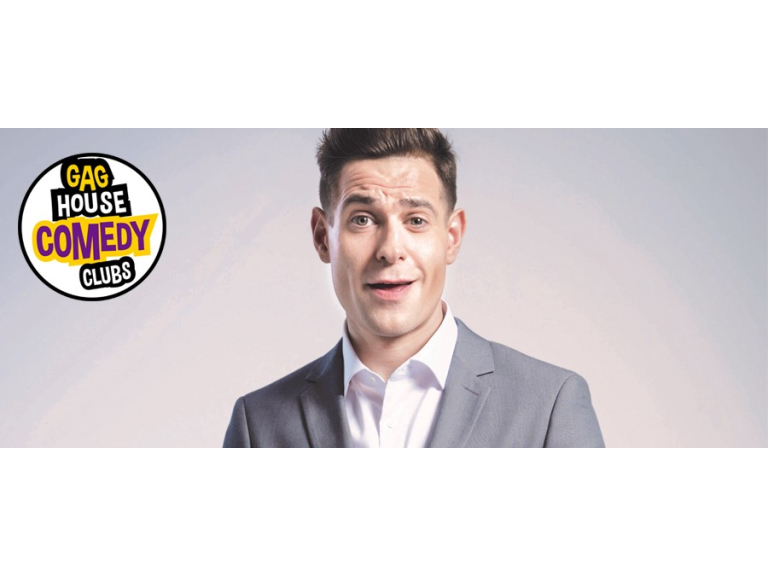 FOR the ultimate gag-filled night out, White Rock Theatre is the place to be on Friday, February 8 as Gag House Comedy Superstars makes its Hastings debut bringing you an outrageously epic line-up of first-class comedians: Mark Dolan, Stephen Bailey, Jen Brister and your headliner for the night, none other than Lee Nelson.

Gag House Comedy are over the moon to be presenting this night of comedy with acts that will be familiar to you from shows such as Live at the Apollo, Mock the Week, Sunday Night at the Palladium and lots more…

With five sell-out tours to date and a host of appearances on Live at the Apollo (BBC1), Lee Nelson’s Well Funny People (BBC3), Al Murray’s Multiple Personality Disorder (ITV1), Sunday Night at The Palladium (ITV) and The John Bishop Show (BBC1), Lee Nelson is one of the biggest stand-up stars in the country.

The night will be expertly compered by Mark Dolan who recently emerged unscathed from a stint on Channel 4’s The Jump.  A highly skilled comedian, broadcaster and writer, Mark is best known as host of Channel 4’s iconic comedy series Balls of Steel.

Mark also fronted three hit series of globetrotting documentaries The World’s …and Me for C4– in which he met the most extraordinary people on the planet, including the smallest man, tallest woman, richest teenager, cleverest child and the owner of the world’s largest breasts!

Joining Mark will be Stephen Bailey.  His winning comedy and charming personality have propelled him to starring in a number of varied TV projects. Stephen is the host of host of Channel 5’s newest reality show Celebs On The Farm and can be seen weekly as the resident agony uncle on ITV1’s Zoe Ball On Saturday & Sunday.

Other TV credits include: Celebrity Big Brother’s Bit on the Side (Channel 5), The Apprentice: You’re Fired (BBC2), Live at The Comedy Store (ITV2) as well as appearing on Coronation Street (ITV).

Completing the line-up is critically acclaimed stand-up comedian, writer and actor Jen Brister.  She has written and performed five solo shows – Me My Mum & I, British(ish), Now & Then, Wishful Thinking, and The Other One – at comedy festivals around the world and has toured extensively — with comedians Kerry Godliman, Francesca Martinez and Roisin Conaty, among others — and is currently supporting Frankie Boyle in London.

Age 18+ with adult themes and language

*Gag House Comedy reserve the right to change the line-up without any notice.