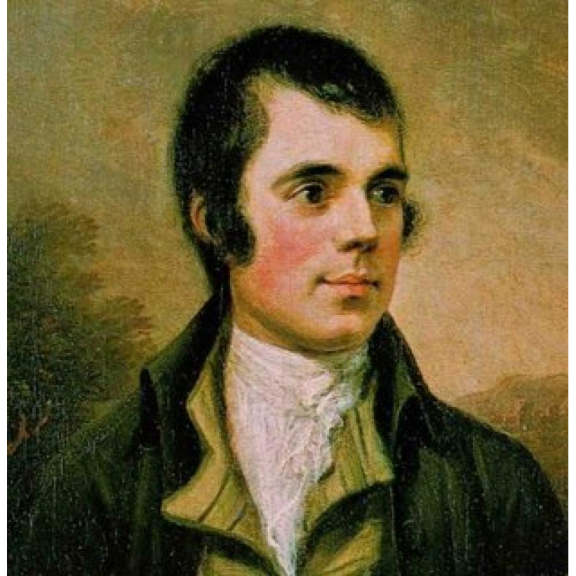 Burns Night including a Burns Supper is a celebration of the life and poetry of (Robbie) Robert Burns the great Scottish writer of poems and is traditionally held upon or close to his birthday which falls on January 25th.

The first supper was held in memoriam at Burns Cottage by Robert Burns' friends on 21 July 1801, the fifth anniversary of his death, and have been celebrated by the Scots diaspora ever since.

Burns suppers can be formal or informal, either way the event usually includes haggis, a traditional Scottish dish, celebrated by Burns in Address to a Haggis, Scotch whisky aplenty, and the recitation of Burn’s poetry. Formal dinners are hosted by organisations such as the Burns clubs, or St Andrews Societies and occasionally end with dancing.

Haggis is a delightful savoury pudding containing sheep's offal minced with onion, oatmeal, suet, spices, and salt, mixed with stock, traditionally encased in the animal's stomach though now often in an artificial casing instead. It is traditionally served with neeps – turnip or swede and tatties – mashed potatoes.

Scots worldwide will celebrate in their own homes or in the company of others as they gather in local venues to celebrate Scotland’s most respected son.

The official tourism website for Hastings & 1066 Country is says,

“Join us for a Burns Night Supper (Jan 28th) and enjoy a wonderful evening of poetry, live music, haggis and whisky in celebration of Scotland's national poet Robert Burns.

In the old tradition, festivities will commence with a toast raised and an Address to Haggis given in honour of the national dish.

McSween's Haggis (vegetarian option available), neeps & tatties will then be served with a whisky cream sauce, a wee dram of choice single malt, and a complimentary glass of specially selected beer or wine. Throughout the evening the bar will be serving a range of Scottish beers, whisky cocktails and single malts chosen specially for the occasion.

Some of Borough Wines' fine poet friends will then regale us with rousing Caledonian verse. Once you've whet your whistle with a wee dram or two, why not try your hand at reciting old Robert Burns favourites such as ‘The Deil's awa wi' the Exciseman’, more contemporary Scots writers like Jock Scott or Irvine Welsh, or for the brave of heart you could always pen and perform your own tribute to the bard Robert Burns!

With the evening in full swing, traditional live music will be on offer for all those wanting to fully enter the spirit of the ceilidh, make merry and dance their way through the night - or at least until the bar runs dry!

Don't hold back - don your finest tartan for an evening of pure revelry North o' the Border style! There will be prizes awarded for the best tartan outfit and we expect to see kilts a-plenty!”