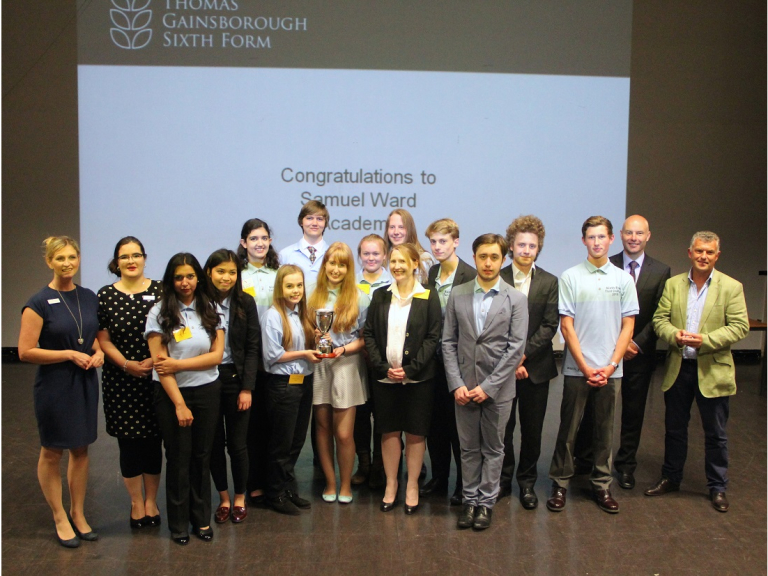 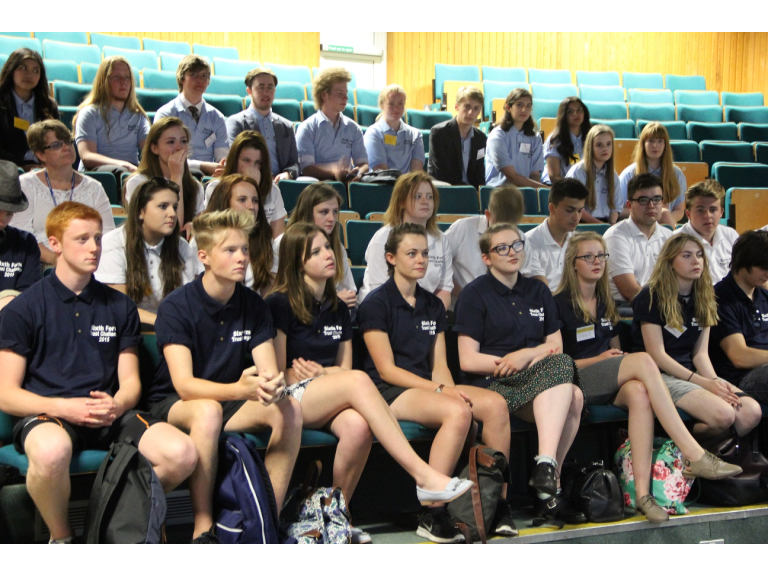 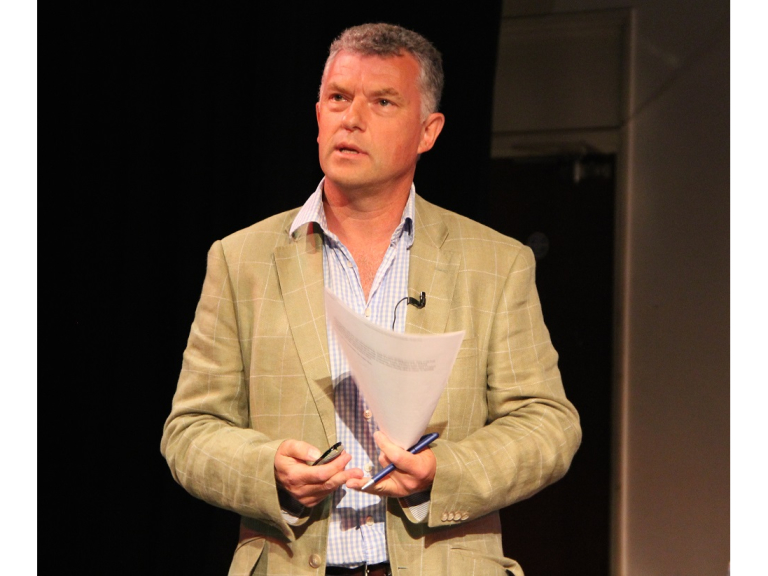 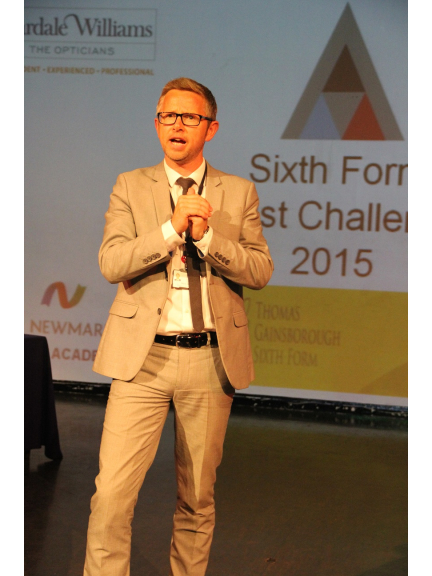 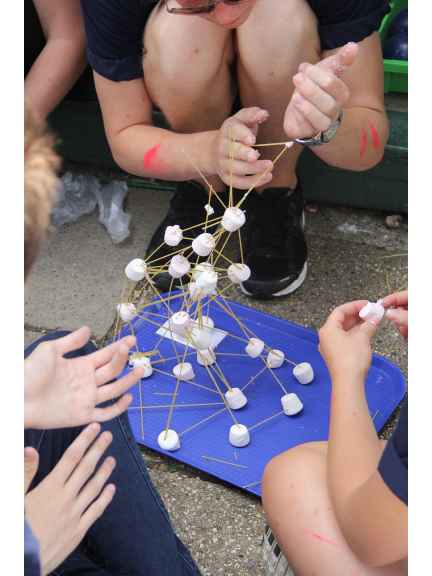 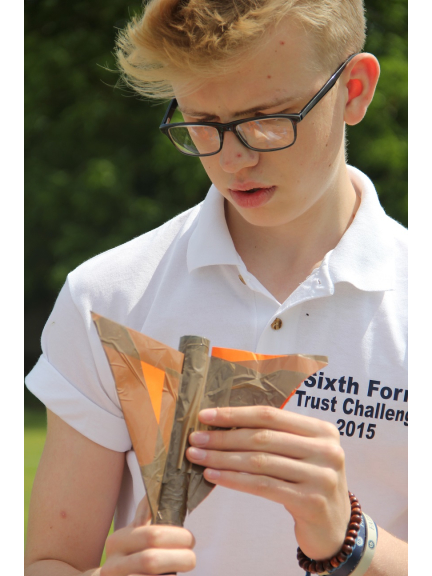 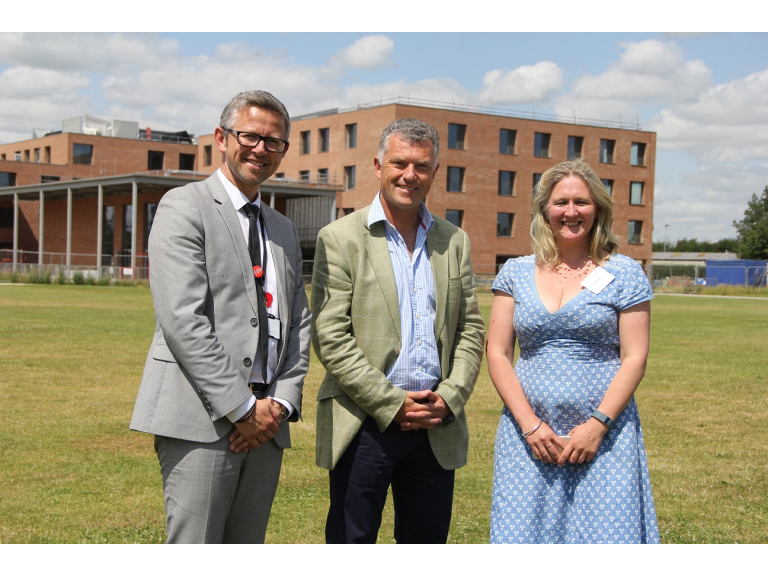 Kenny Alexander, Director of Sixth Form said “This was a great opportunity for the three academies to get together and compete. The idea of the competition was to give the students the opportunity to test their skills in a competitive environment. The competition is aimed at helping our students to develop their personal skills and give them an experience of dealing with a pressure situation, which we hope will benefit them in their future lives and careers”

Hosting the day, and kicking off with a wonderful Keynote speech, was Jonathan Wills, news anchor for ITV’s Anglia News. Focusing on self-belief and self-confidence, his inspirational talk gave examples of those who had achieved their goals, despite setbacks, from Michelle Obama to Sebastian Coe.

The first challenge was a University Challenge style quiz, hosted by Jonathan Wills. The result was Samuel Ward, winning the nail biting tie breaker against TGS, followed by some physical and mental challenges, including building a tower from marshmallows and dried spaghetti, and rocket building as the public speaking teams went to prepare their speeches on one of three topics.

It was a privilege to be one of the judges of the public speaking competition. The standard was incredibly high, as the teams had only one hour to research and prepare their speeches. All three schools should be incredibly proud and it was a tough call, but Samuel Ward Academy just pipped the other teams to the post.

The overall winners of the day were the Samuel Ward Academy Trust who left with the Wardale Williams Trophy.

Sudbury practice manager of Wardale Williams, Amanda Skinner, who attended the event, said: “It was great to see how enthusiastic the students were and their ability was very impressive. We always try to support local educational facilities whenever possible and we were delighted to be the sponsor of this innovative and exciting challenge, which we hope will be the first of many.”

Wardale Williams MD, Jonathan Foreman attended the school in the 1970s, then Great Cornard Upper. He says "The school now has changed to the better considerably & we, in Wardale Williams, understand and value the ethos of self confidence and are active in training and preparing employees in this with training and coaching. I often am in situations where I see that those with confidence get more from life for themselves and those around them