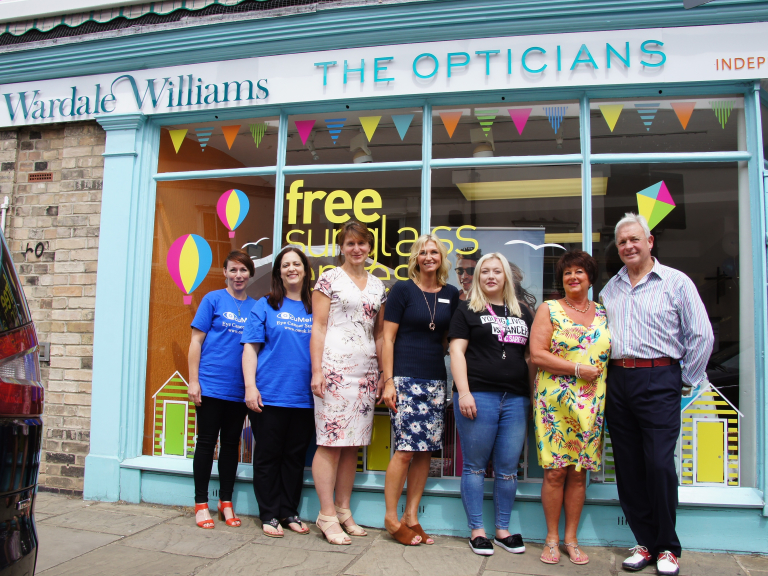 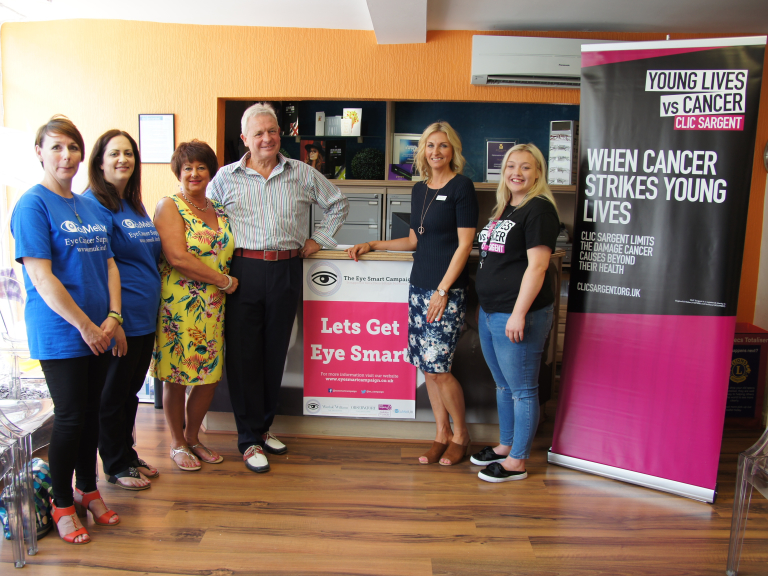 On Thursday, Wardale Williams, invited me to attend the launch of their new campaign Eye Smart. The campaign was created after two Wardale Williams patients had serious conditions identified after a routine eye examination.

Retired Suffolk policeman Ralph McMurray, of Long Melford, is one of the two cancer sufferers supporting the campaign. Mr McMurray was diagnosed with ocular melanoma (a rare form of cancer) following his first ever eye examination at the age of 66. Subsequently, Mr McMurray had to have an eye removed and has been told there is a 70% chance the cancer will mutate elsewhere in his body within the next five years. The married father of two has also received the devastating news the condition is incurable.

“I am so glad I went for that eye test as the cancer would have only got worse and I may not be here now. I am delighted to be working with Wardale Williams on this campaign and I am determined to do as much as I can to raise awareness of the importance of having regular eye tests.  In cases such as mine early diagnosis is crucial and the tumour would have been spotted much sooner had I been having regular eye examinations.”

The campaign is also being backed by the family of Keira Dixon, of Sible Hedingham, who was diagnosed with a brain tumour following an eye examination at Wardale Williams in 2015, when aged just 17. Keira needed life saving surgery within five days of being referred to hospital and is still receiving ongoing treatment for her condition.

Keira’s mother, Amanda Dixon, said: “We are happy to be supporting the Eye Smart Campaign; we want to do as much as we can to raise awareness of this very important issue.”

As well as information literature placed in all Wardale Williams and Observatory the Opticians practices. A number of public awareness and fundraising events will also be held throughout the year. Proceeds raised will go towards children’s cancer charity CLIC Sargent and national charity OcuMel UK, which have supported the families.

Wardale Williams optometrist Will Norman who carried out the eye test on Mr McMurray said: “There are many conditions, which can be detected at eye examinations including diabetes, high cholesterol, brain tumours, high blood pressure, glaucoma and macular degeneration. We hope everyone really gets behind the Eye Smart Campaign, because as well as showing people why they should be having regular eye examinations we are helping Keira and Ralph support two charities which have given Keira, Ralph and their families and we want to see them continue giving other families the support they need.”

If you’d like to find out more about the Eye Smart Campaign, take a look at their website  https://www.eyesmartcampaign.co.uk/