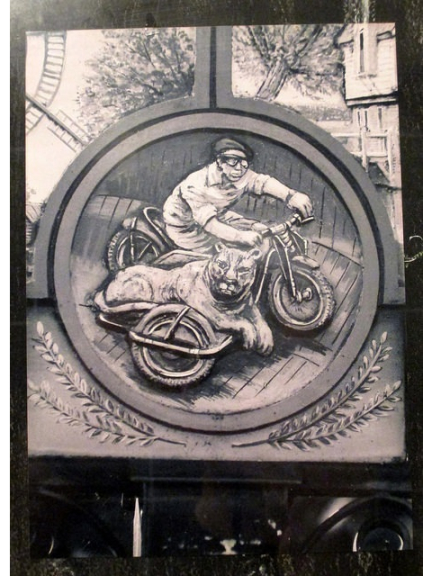 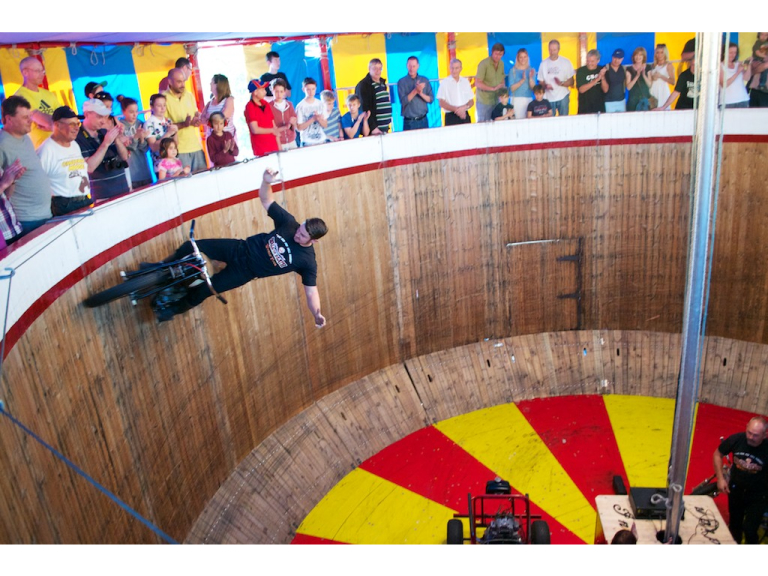 The picturesque village Boxford is gearing itself up to welcome back famed motorcycle thrill ride ‘The Wall of Death’ over the weekend of 23-25 September.

The Wall of Death is sponsored by local businesses, The Coffee Box & Motts Body Repairs, both of whom passionately love Boxford and see this not only as a great weekend of thrills for the people of the village, but an opportunity to raise money for charity Smile of Arran, a charity set up in memory of Essex school boy Arran Tosh,who died from a brain tumour in 2014.

The White Hart will be hosting The Wall of Death, but the Fleece Hotel across the road will be entertaining visitors with live music and a BBQ and the Coffee Box will be open throughout the weekend, serving fabulous coffee and homemade cake.

The Wall of Death features a sensational ‘silodrome’ carnival show featuring motorcycle riders hurtling around the inside of a barrel-shaped vertical track as spectators watch just inches from the action. Operated by The Ken Fox Wall of Death Troupe, the awe-inspiring spectacle is certain to kick-start the usually peaceful village of Boxford into life for another weekend packed with family thrills, entertainment, great food and summer refreshment.

Visitors to Boxford need only look at the village sign to realize how inextricably linked the local community is with the history of The Wall of Death. Inspired by the ‘motordrome’ carnival shows that toured the USA in the early 1900s before starring on seaside piers in 1920s Britain, locally-born George Smith was determined to bring The Wall of Death to a wider audience – and ultimately to his parent’s pub in Boxford. After witnessing his first wall at a fairground in Southend, Smith became obsessed with becoming a stunt rider himself, and soon became a mechanic at an amusement park in Whitley Bay with the perfect opportunity to perfect his own act.

In September 1930, aged just 22, George joined a Wall of Death touring company and made his debut as ‘Tornado’ Smith. When the tour ended, Smith returned home to Suffolk, bringing his own Wall to the site of the old Victorian brewery at The White Hart. By 1933 Tornado Smith lived at the pub together with his 12-stone pet lioness named Briton, who joined him in his daring stunts riding on the handlebars of his Indian Scout motorbike or latterly in a specially built sidecar.