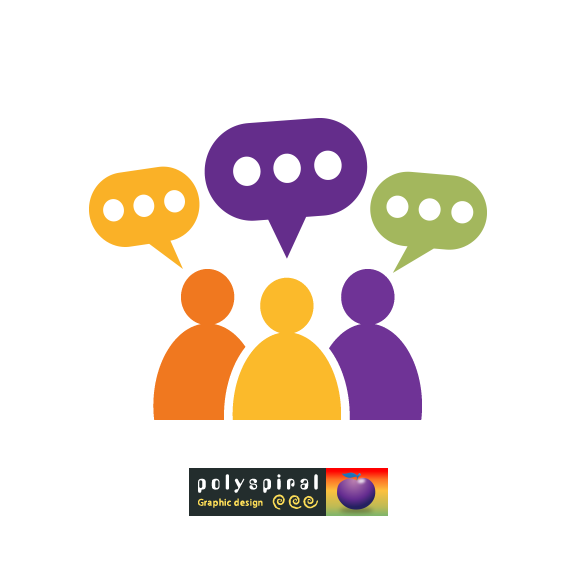 I’ve been using social media for my business for over ten years now and found the best strategy is to engage with people. Just putting out adverts doesn’t demonstrate your authority in what you do, it’s easy to post an image or statement to umptene groups on Facebook and Linkedin, even writing blog posts like this and doing the same isn’t very engaging, but a combination of this and communicating with people on social media will increase the reach of your brand and your audience's impression of you and your business, provided you do it right.

In the early days I made the mistake of friend requesting everyone on Facebook, then joining business groups and spamming the hell out of them with my posts, I saw a spike in traffic on my website but not in sales. No I’m not proud, in fact I’m rather embarrassed I even thought that would work. But I see others making the same mistakes and it disappoints me, I remind myself that they’re learning like we all are.

Focussing on Facebook, there are groups that are much more interactive than others. I’ve not figured out how anyone makes the ‘For sale in [insert location here]’ groups work for them, if everyone is selling and no one is buying then what's the point? Surely it’s a giant waste of time when no one is looking!

And then there are the LinkedIn groups where everyone is posting their ‘useful’ articles that few people have time to read.

So, my little trick has been to ask questions, sometimes controversial or thought provoking and start discussions in groups, get a conversation going and you get known for being the conversation starter. It can be about what you do, or along the same lines, then you have a chance to shine with your knowledge. Or join conversations and be helpful that way.

What you must not do!

Do not be negative at any time! Unless you have an issue with your printer and need some help. By all means post it out. Otherwise, don’t belittle, patronise or criticise people, even if they’re just plain wrong. I often hear people say ‘text can be read in so many different ways, so people can sometimes get offended easily’ sorry I don’t subscribe to that, if a post or comment is well written, taking into account everyone’s point of view it won’t. If someone has made you really angry, don’t reactively post back, even if they are in the wrong. People hear your tone of voice and decide that is you in a nutshell. It isn’t fair but it’s a fact of life. By all means stand up for yourself but do it so eloquently that no one can find fault.

Speaking from experience there was once a post in a group a few years ago where a lady posted all about how she was offering ecommerce websites for £20 per year and how she wanted to help out businesses because she’d been seriously ill in the past, worked hard as a midwife and [insert other non-business related violin playing here], sorry you may think I’m being insensitive because I was shocked and appalled by her level of unprofessionalism. I've been seriously ill in the past, I don’t assume people want to know about it in a business forum, nor does it affect my prices, quality or ability to provide a professional solutions to my customers. This is an example of a hobbyist, someone who isn’t doing what they do as a business or income they can live on. Far from helping business out she was setting a benchmark, a lower and unrealistic expectation to some business owners over how much a professional ecommerce shop should cost. This undervalues us professional website developers who spend many dozens if not hundreds of hours making secure bespoke ecommerce solutions for our customers. So she was actually having a totally negative affect on other businesses. It was a naive approach to business one often sees but bless her, her heart was in the right place. So this was the bad old days for me, I took offence and said so, not as eloquently as above,I  said ‘how can you be doing a professional job at those rates? ‘ and ‘what is actually included with these online shops?’ as a result I was accused of being hostile by another member, which felt horribly unjust and I was furious and understandably protective of my craft. I even received private messages of support by other members of the group in the same profession as me, interestingly few of them backed me up on the same thread, perhaps they didn’t want to be accused of being hostile to. I was in the right but the way I was dealing with it was all wrong, I was upset for months over it when it would come to mind. The realisation that I might be undermined by people with little to know experience of something that I had invested many years in perfecting made me fearful and terribly insecure about my business. Nowadays I don’t worry, if it sounds too good to be true then it probably is, and I’ve realised I only want to work with those that understand the high quality and commitment I put into what I do. So what was the best way to deal with this person? Easy, either say nothing and let the people you wouldn’t want to work with have their cheap ecommerce website and see how well supported, portable and secure  their new websites are, or make a well thought through and polite comment that couldn't offend the most sensitive of Facebook users. The latter is the hardest to do, so think about what’s appropriate depending on how much time you have. Sometimes it’s very difficult, I still get very cross with posts I see sometimes, when I do I sing the Frozen song ‘Let it go, let it go…’ do something else and reply with something constructive or not at all. Remember if you post reactively with anger people will think you’re a reactionary person who isn't in control of their emotions, would you want to work with someone like that?

As I mentioned earlier, just posting out, positioning yourself as a loudspeaker without a receiver will get you nowhere or it will let people know what you do, for a moment, but with all the detritus on social media will it really standout? It can be seen as aggressive advertising and not very friendly. It’s called social media for a reason.

A question I get asked is ‘why would people care what I say?’ or ‘why would they answer?’ this is where you need to activate those empathy and psychology skills! Best place to start, put yourself in the shoes of the people you want to reach and what makes you reply to posts? What gets your goat? What makes you laugh? What endears you to people? People are as vain as they are curious, I’m no psychologist but I think this is how human interaction kind of works. So take full advantage of how much people like to talk about themselves and their curiosity for others, they want to know about you because you know your stuff and show it off in an entertaining and interesting way.

Why do all this stuff and what does it really do for my business? Simple; brand awareness.  NEVER expect to get a hole in one, you will rarely make a sale first time using any sales approach, people are wary and careful about what they invest in and commit to, no matter how small the payment. So building your personal and business brand grows trust and confidence. With every little post and place they see you - online or in person, it builds like the bricks in an arch, you need all of them to make it work. This is the nature of building a great impression that will make you irresistible to your desired customers.

Graphic designer and website developer since 2000.
Specialist in WordPress and Drupal.