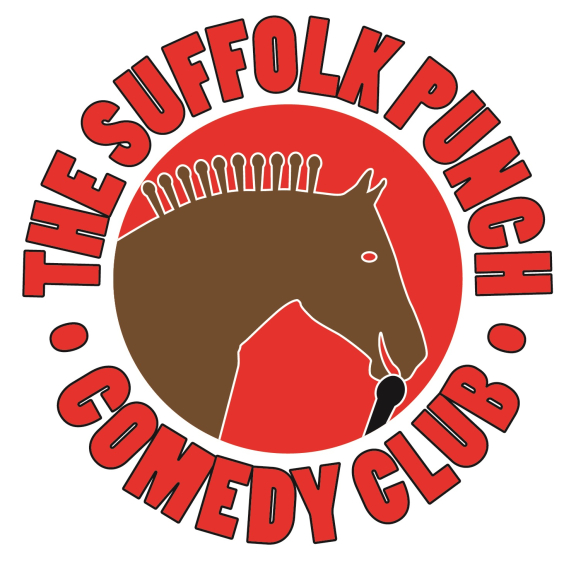 Great news for people in and around Sudbury who like to laugh out loud, because The Suffolk Punch Comedy Club opens its doors at 8Pm on n Wednesday September 7th.

It’s a fact that laughter is good medicine.  For instance where you aware that laughter helps with many medical conditions and research shows that it's one of the best medicines there is. Check out some of the benefits of laughter:

Money raised from the evening will go to the Prostate Charity to help fund research. The charity has been chosen because I have Prostate Cancer!  The Suffolk Punch Comedy club will be held at the Brewery Tap on East Street Sudbury.  And it’s Free to come along. The audience does not pay to get in but shows their appreciation through a bucket collection which is shared between all who contribute to the evening.  The first deduction from the collection goes to the Prostate Cancer Charity the rest is split between the comics. That way everyone wins

As far as we know this will be the first time a Comedy club has come to the town. On the first night we have attracted some great comics and you’ll be amazed by the antics of Matthew Redmond a comedy magician who has agreed to open the show

Some of the other acts you will see are
James Hyde postmodernist comedian with a hint cynicism and modern life
Matt Bragg with his own brand of absurd logic with pinpoint accuracy ish.
Paul Johnstone: opinionated old git who’s views can be challenging and takes no prisoners
Ali Warwood; originally from the Black Country. Recently she's been unintentionally creating intellectual equilibrium in Cambridge.
Oz Taylor: Was a comic then a musician now a comic, confused? He is and you will be
Jackie Chity: A tormented-crazed teacher, who uses wigs and silly lyrics to make light of negative press headlines
Terry Green trying to make sense of the world we live in; being honest - he's really struggling.

As well as established comedians there is an ‘Open Mike’ slot, so if you have ever fancied having a go, here is your chance to shine in the spotlight.

The Club is on the first Wednesday each month, first night Wed 7th Sept. The venueis: The Brewery Tap pub in Sudbury Suffolk. www.thebrewerytapsudbury.co.uk If you’re into a range of beers, wines, ciders well all sorts of stuff, plus comedy this is the place to be.  Well Real Beer, real people and real comedy and lots of other drinks and bar food will be available.