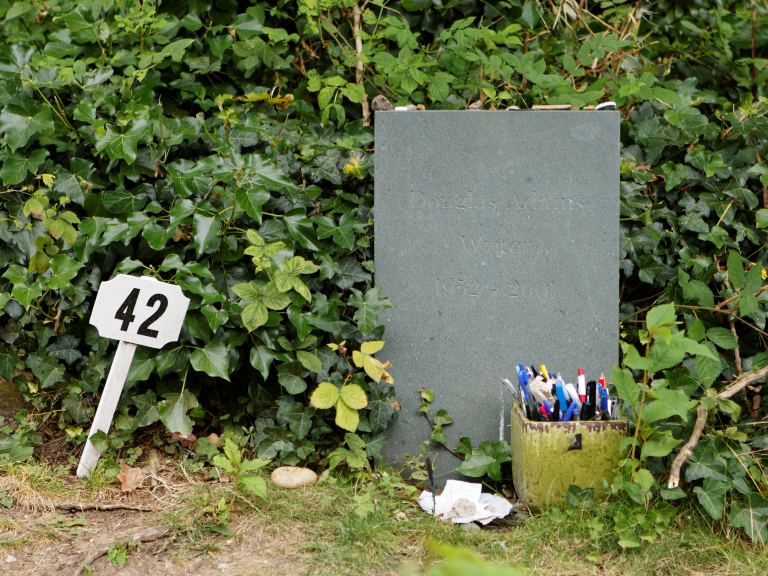 Today is Towel Day, a day celebrated every 25th  May.

Until breakfast this morning, I didn't even realise such a day existed, so what is it? What's it all about? And what does it got to do with Sudbury?

Towel Day is an annual celebration to remember the life and works of the great, late author, Douglas Adams. It was launched two weeks after his death on the 14th May, 2001.

The importance of the towel was first introduced by Adams in the 1978 radio series, The Hitchhiker's Guide to the Galaxy and again in his novel.

From the Hitchhiker's Guide to the Galaxy:

A towel, it says, is about the most massively useful thing an interstellar hitchhiker can have. Partly it has great practical value -- you can wrap it around you for warmth as you bound across the cold moons of Jaglan Beta; you can lie on it on the brilliant marble sanded beaches of Santraginus V, inhaling the heady sea vapours; you can sleep under it beneath the stars which shine so redly on the desert world of Kakrafoon; use it to sail a mini raft down the slow heavy river Moth; wet it for use in hand-tohand-combat; wrap it round your head to ward off noxious fumes or to avoid the gaze of the Ravenous Bugblatter Beast of Traal (a mindboggingly stupid animal, it assumes that if you can't see it, it can't see you -- daft as a bush, but very ravenous); you can wave your towel in emergencies as a distress signal, and of course dry yourself off with it if it still seems to be clean enough.

More importantly, a towel has immense psychological value. For some reason, if a strag (strag: non-hitchhiker) discovers that a hitchhiker has his towel with him, he will automatically assume that he is also in possession of a toothbrush, face flannel, soap, tin of biscuits, flask, compass, map, ball of string, gnat spray, wet weather gear, space suit etc., etc. Furthermore, the strag will then happily lend the hitchhiker any of these or a dozen other items that the hitchhiker might accidentally have "lost". What the strag will think is that any man who can hitch the length and breadth of the galaxy, rough it, slum it, struggle against terrible odds, win through, and still knows where his towel is is clearly a man to be reckoned with.

Hence a phrase which has passed into hitch hiking slang, as in "Hey, you sass that hoopy Ford Prefect? There's a frood who really knows where his towel is." (Sass: know, be aware of, meet, have sex with; hoopy: really together guy; frood: really amazingly together guy.)

Fans of Douglas Adams's work mark the day by carrying a towel with them all day, everywhere.

So what has the significance of Towel Day 20 years from its inception in 2001 got to do with Sudbury?

Our favorite Sudbury-based stonemason, Neil Luxton, who is also the official in-house stonemason for  Highgate Cemetery created the unique design of Adams's headstone, including lots of nice little touches for the avid Hitchhiker Guide to the Galaxy fans.

You can read more about Neil by clicking on his website here or reading his profile on thebestof Sudbury here.

If you're marking the occasion, don't forget to use #TowelDay with your photos on social media 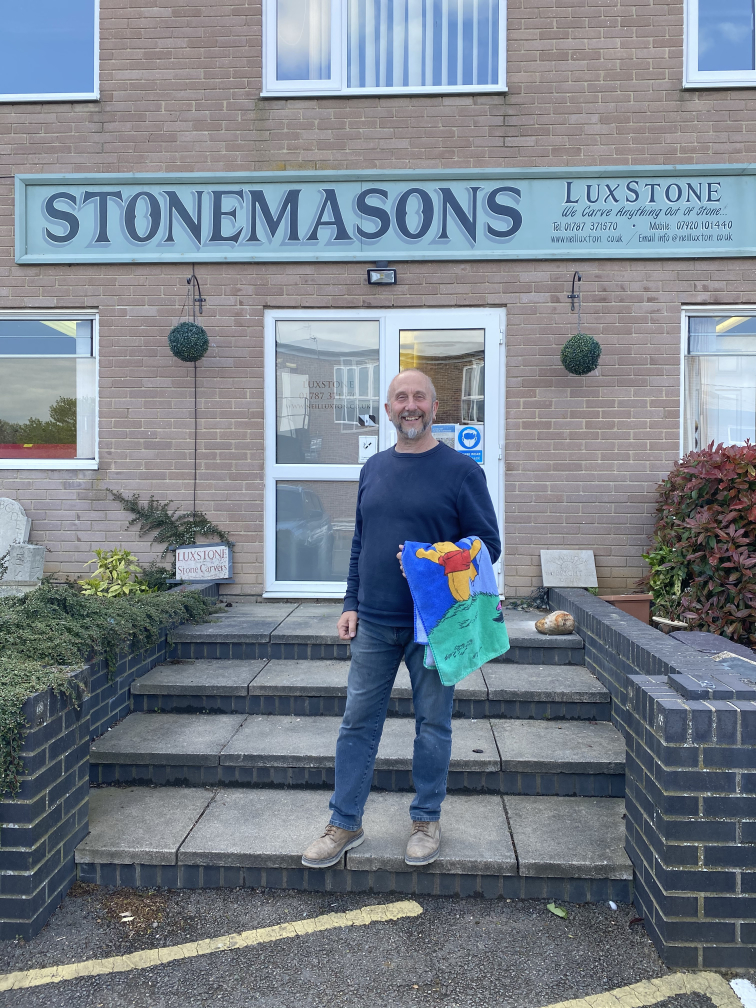