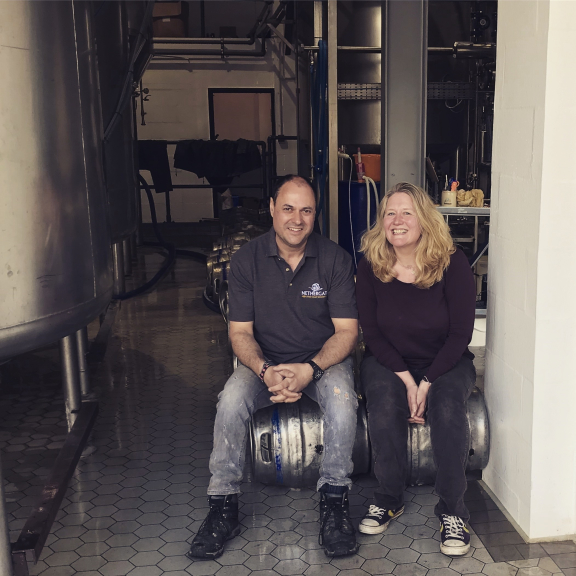 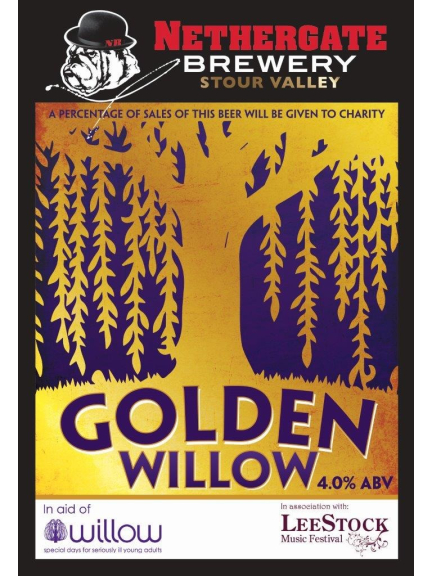 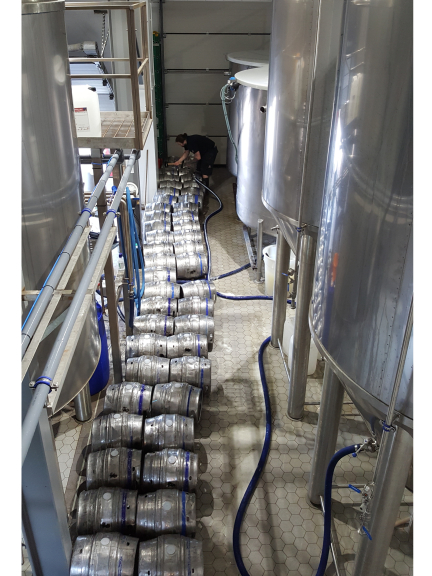 This is Penny’s 6th Charity Beer, the first, Lady’s Smock was brewed with Mill Green Brewery (now Little Earth Project) in 2012. Inspired by her friend Caroline, who lost her fight to breast cancer, Penny has brewed nearly 20,000 pints, raising £5000 for charities.

This is the second brew of Golden Willow Penny has been involved with. Specifically created for LeeStock, the name was chosen as a result of a local competition to name the beer. The beer went down so well, it was decided to create it again.

Earlier this year, Nethergate Brewery, relocated from Pentlow, Clare to their brand new brewery in Long Melford. The state of the art brewery equipment has allowed 3000 more pints of the beer to brewed and also uses less electricity. Infact, it’s more efficient in all areas of the brew.

The celebrate it’s return, Nethergate and thebestof Sudbury, are hosting a launch evening on 18th May, at the brewery, from 6pm. There will be Golden Willow to buy from their brewery tap or you can buy take outs to enjoy at home. There will also be a raffle to help raise money for the Willow Foundation, with raffle prizes generously donated from local businesses including The Beauty Gallery in Lavenham, Pickles & Lillies, children’s clothes shop in Lavenham and Hall Street, the menswear shop based in Hadleiigh and Long Melford.

Nethergate and Penny have set a target of £1000. They would also love it if pubs who sell the beer could contribute 5p-10p a pint to the charity. Please get in touch with Nethergate if you’re a pub and would like to sell some.

LeeStock Music Festival will be taking place on May 26th & 27th at Melford Hall. Headlining this year are Feeder, Reef, Republica, the Pigeon Detectives and The Rifles.