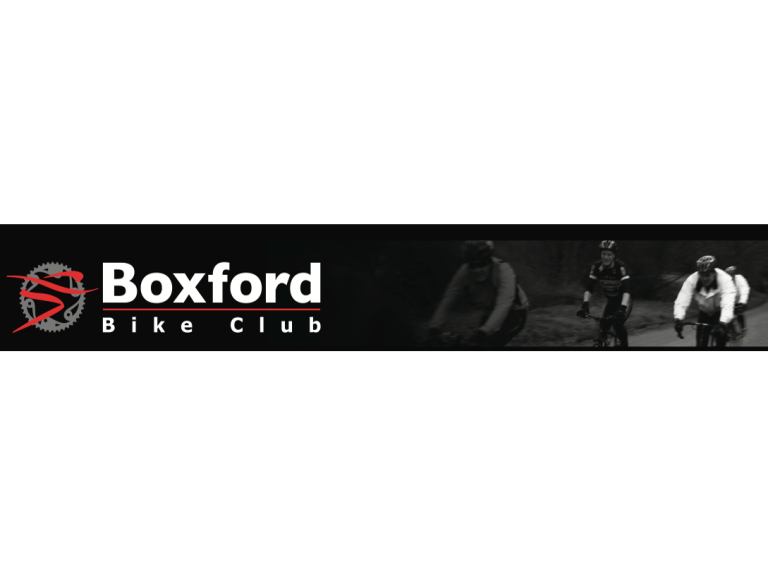 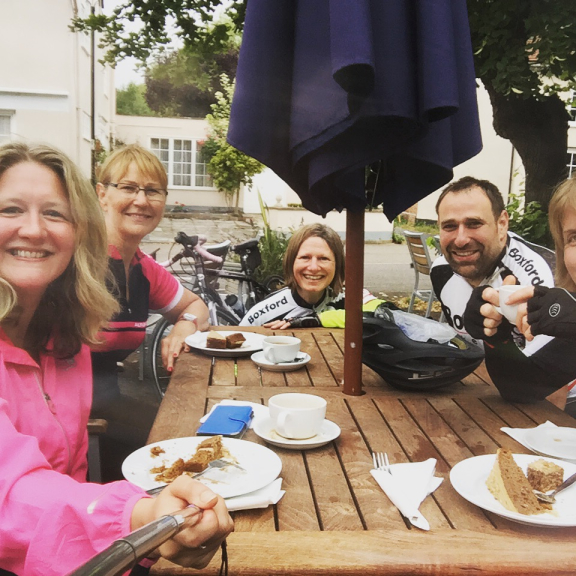 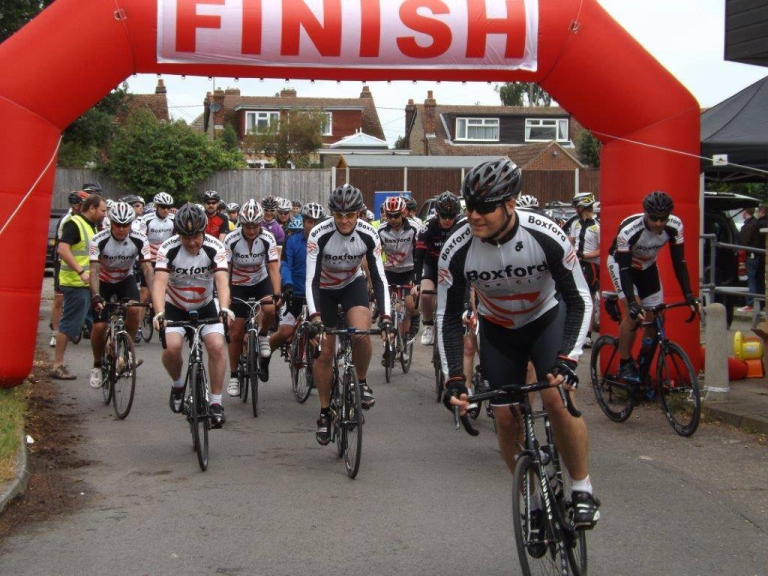 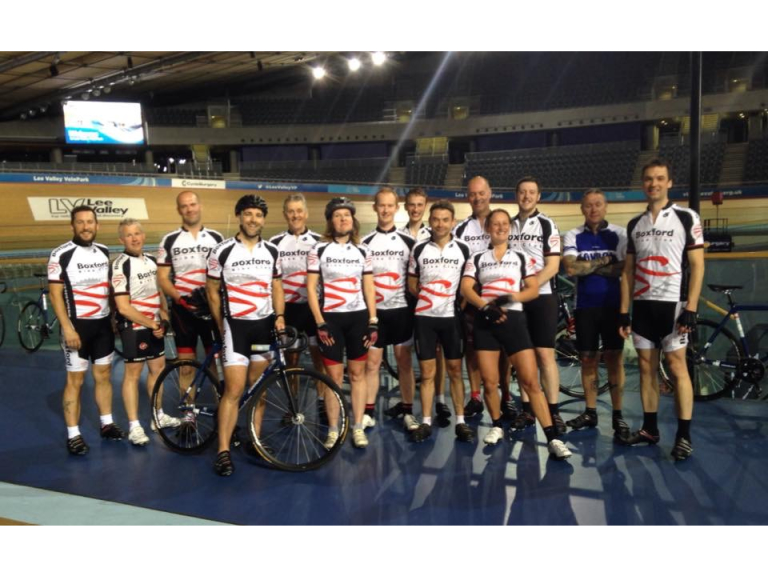 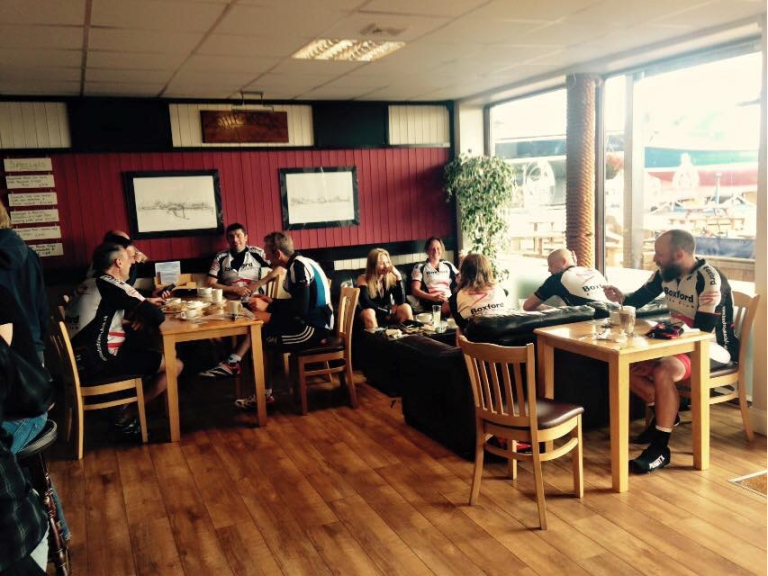 The village of Boxford, 5 or so miles from Sudbury and Hadleigh has a thriving and ever growing Bike Club, established four years ago. With over 400 members, the bike club organise group road and mountain bike rides over the weekend and on Wednesday evenings.

Various members have taken part in a number of local and national cycling events. In the past 12 months, members have been involved in events such as the Dunwich Dynamo, the Suffolk Sunrise 100 mile ride, and Essex 100 charity bike ride. And for the last couple of years, the club have organised the well-attended Boxford Tornado Sportive, attracting 500 riders and often selling out places within a few weeks.

Having lived in Boxford for a few years, I have been encouraged to join the group rides. I have been told that on the beginner rides (or slow rides) they will only ever go as fast the slowest rider (that’ll be me then) and no one gets left behind (again, that could be me) But it’s taken me until now to actually get on my bike (literally) and join them.

BBC organise 3 club rides on a Sunday morning. A fast ride at 8.00am, covering 20 miles and a slower and medium ride taking place an hour later.

I participated in the slower ride.

My first concern was my bike. It’s probably 15 years old. And it’s heavy. It’s a not a road bike and wasn’t built for speed. I love it though and the two of us have been on many slow paced adventures, usually involving a pub. It’s certainly not a bike with thin tyres nor was it designed to go fast.

My second concern was my lack of kit. I don’t look great in Lycra and until fairly recently I thought Strava was a pizza restaurant. I don’t have the gadgets – I have a bell and some gears but that’s about it.

And my final concern was my lack of experience. I’ve not been cycling for a few years (the 2 mile trip to the White Horse doesn't count) and I knew I was unfit. Would I ruin everyone’s ride by being the slowest participant ever, over taken by 4 years old with stabilisers?

I’m pleased to say that none of my concerns came to fruition. My cycling buddies for the ride, although had the kit, better bikes and were more fit than me, were generous in their patience. Ride leader Paul Barnett, and Club chair made sure I never got left behind, cycled along beside me, chatting about why he loved cycling and encouraging me to get up those hills without crying.

In total we cycled just under 12 miles, starting off at The White Hart in Boxford, going through Kersey, Lindsey to Groton and back to Boxford. It took about an hour. Waiting for us on our return was coffee and cake from the Hart. More importantly a nice comfortable seat.

If you fancy giving the club rides ago and I recommend you do, take look at their website, join their Facebook group or come along one of their clubrides They’re a lovely bunch.

Thanks for looking after me