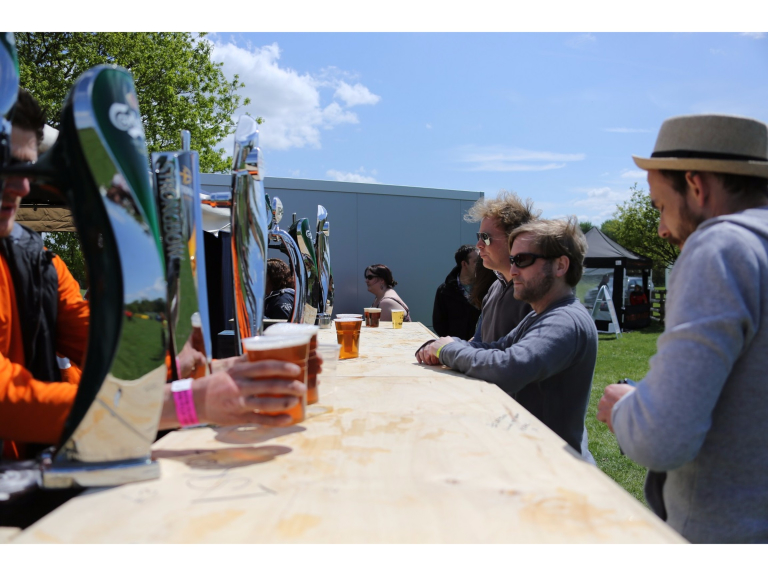 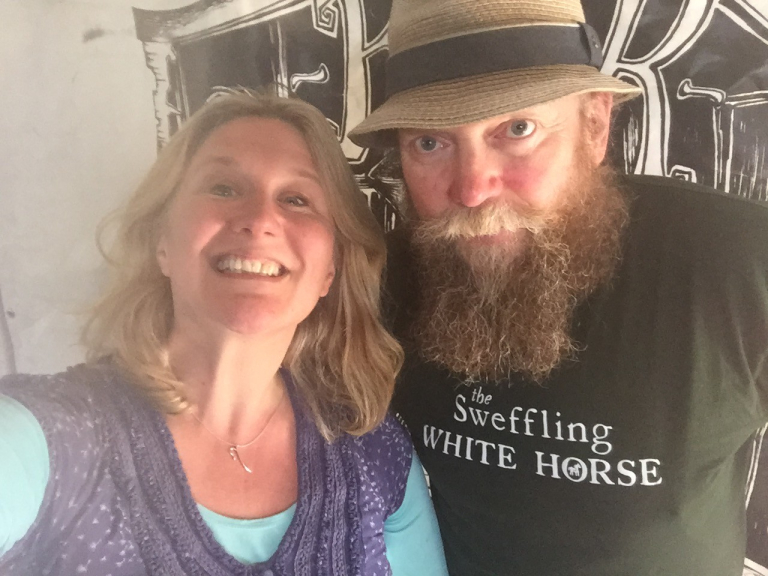 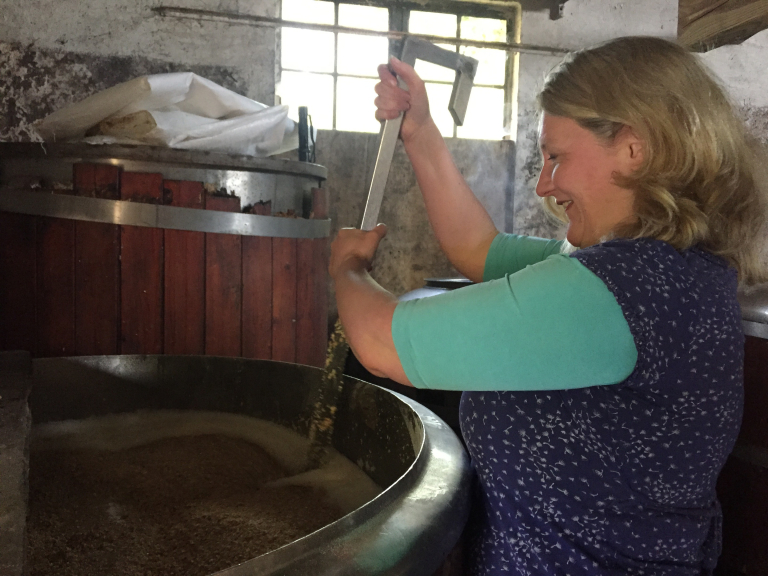 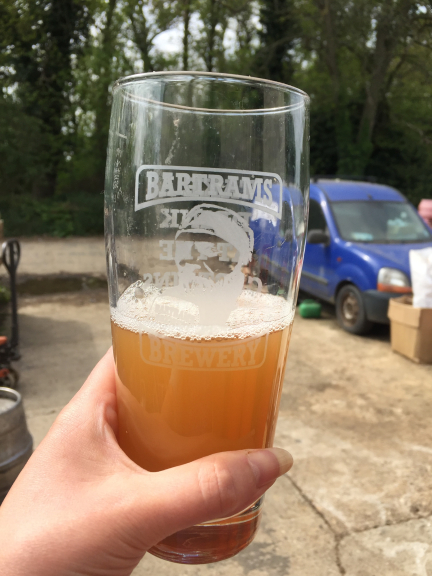 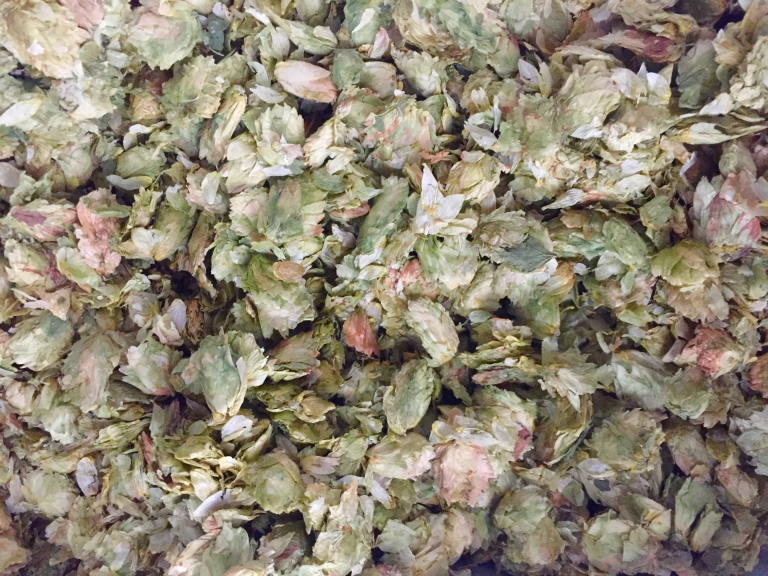 Tucked away in the corner of Rougham Air Field, in a former parachute shed, a few miles from Bury St Edmunds, is Bartram’s Brewery. It’s a small microbrewery with a big reputation. The brewery was established over 18 years ago by eccentric and utterly charming hat wearing, beard growing, guitar playing, Marc Bartram.

Since 2013, I have been “inviting” myself into local breweries, persuading them to produce a special one off beer to help raise charity and then writing about the experience.  The idea came to being whilst having a pin in the Hospital Arms, Colchester. An Adnams pub that, at the time, was celebrating the start of a new (female) brewer, by recreating an old recipe that was brewed by women (due to war or something that took the men folk) A good friend had just been diagnosed with breast cancer and whilst many of her friends were training for ultra marathons to raise money and show their support, I thought it would be more fun to just brew a beer.

Every year since then, I’ve brewed a hoppy delight. The first couple of times was with Mill Green Brewery, now Little Earth Project. Last year Nethergate put up with me and this year I was the guest of Marc Bartram.

Probably Marc’s most famous beer is the award winning Comrade Bill Bartram’s Equalitarian Anti-Imperialist Soviet Stout.  A dark beer, packed with hops and having sampled some, can tell you is blooming delicious. However, at 6.9%, it’s probably a bit on the strong side for a festival ale. So, having chatted with Marc about what we’ve done in the past, he got his creative hat on and came up with a beer suitable for a Suffolk music festival.

The malt used was Maris Otter -  a lager malt that gives the beer it’s light golden colour and, to quote Marc, it hopes “To entice the lager drinkers over from the dark side”

The size of Bartram’s Brewery means we should get just over 1000 pints of this golden, hop-tastic beer, some of which will be available at LeeStock

Step one is to mash in the malt, keeping the temperature at 65degrees – the perfect temperature to breakdown the sugars that help with the fermentation of the beer. This process took about 50 minutes, after which it was ready for sparging. This is the process where hot water runs through the malty grain mixture to extract the wort. This is the sweet malty liquid that forms the basis of beer that’s then sent to the copper – a tank where this wort is heated to boiling point ,where the hops are added.

Hops are my favourite. I love the smell of them, especially citrussy American ones and as luck would have it, the hops Marc had chosen for this beer are both state-side hops. The main, anchor hop is called Galena. Very citrussy and smells fabulous. The other hop used is called Cluster hops. It’s one of the oldest hop variety grown in the USA. It’s fruity and floral -  a nice balance with the Galena. Marc told me he chose these hops because you get the taste them through your nose. You’ll get the hoppiness immediately without a lingering aftertaste.

The final stage of the brewing process is to get the wort into the fermenter, via a heat exchange, cooling the liquid to a temperature of 24 degrees. Yeast is then added and the beer-to-be will be left, doing its thing for a week or so.

But we need your help!

The beer is yet to have a name, so we need your help choosing something that sums up LeeStock and the type of beer we’ve brewed. You can send your suggestions by clicking here and the winning name will win 2 tickets to this year’s festival.