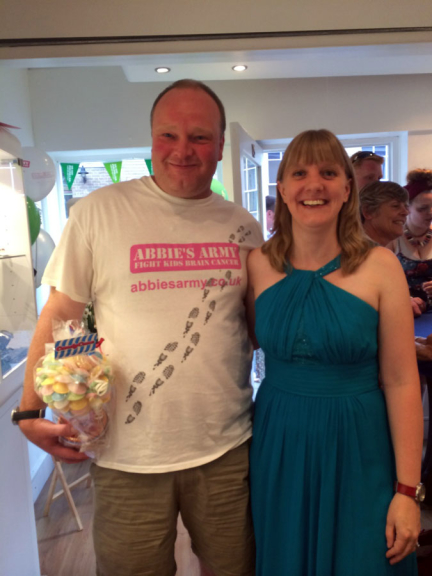 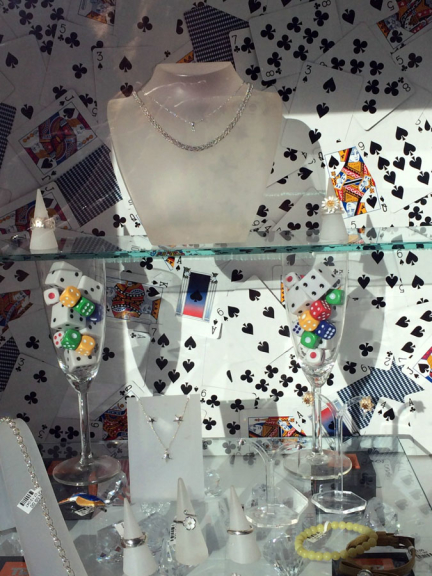 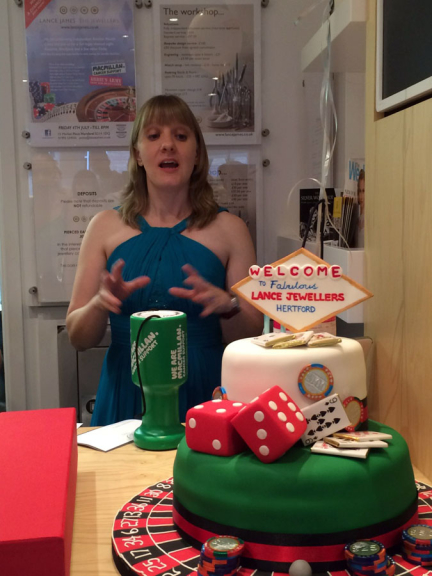 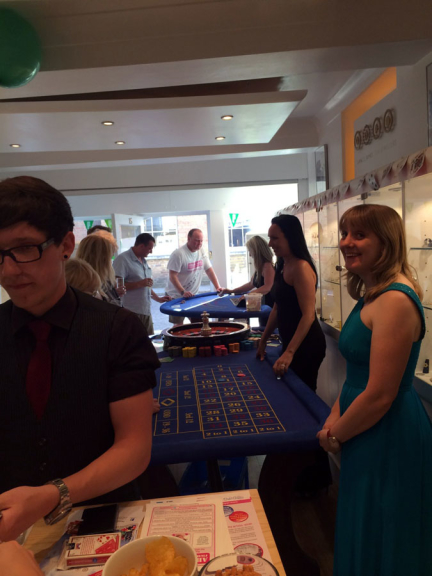 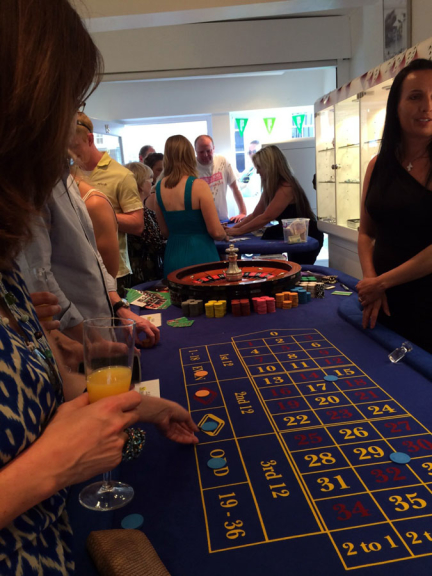 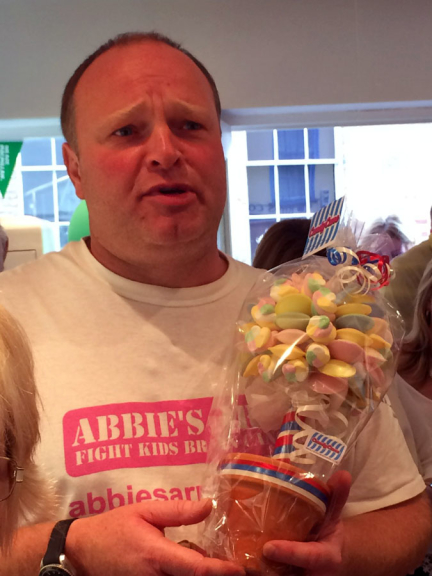 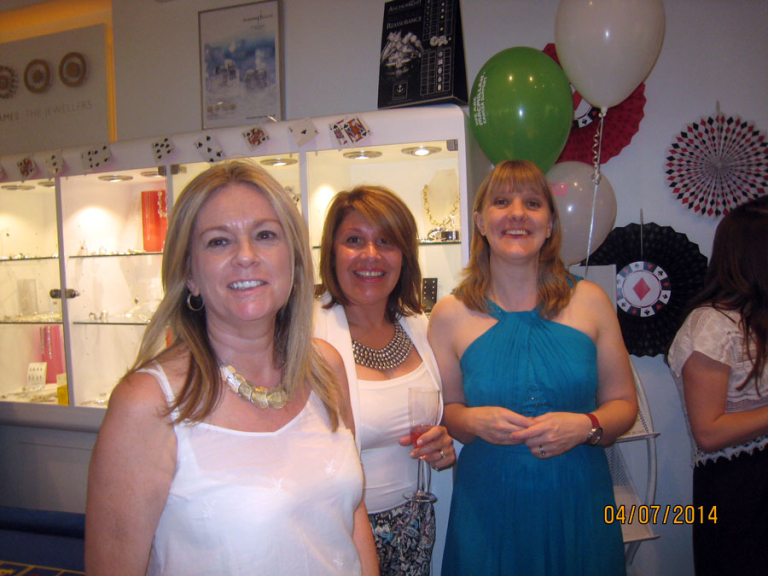 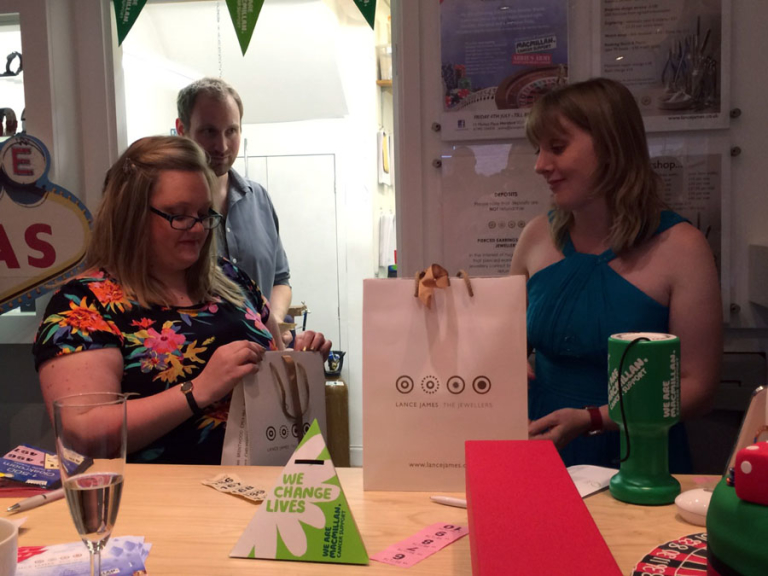 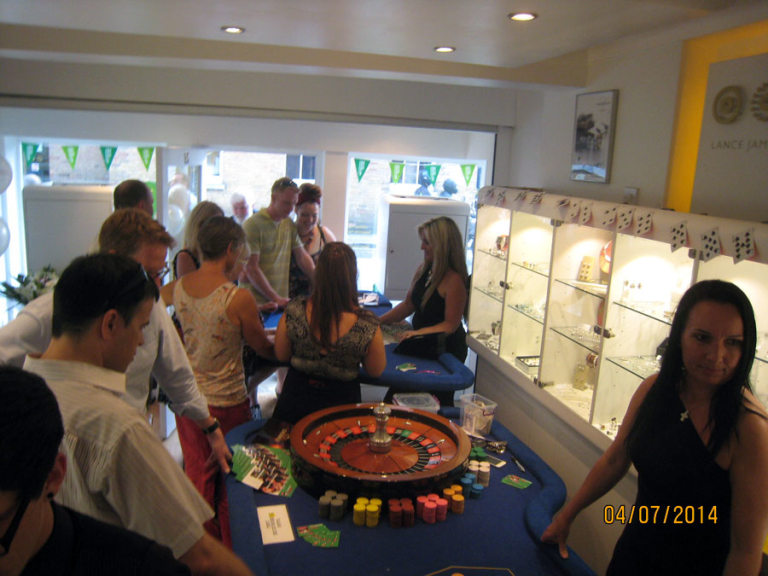 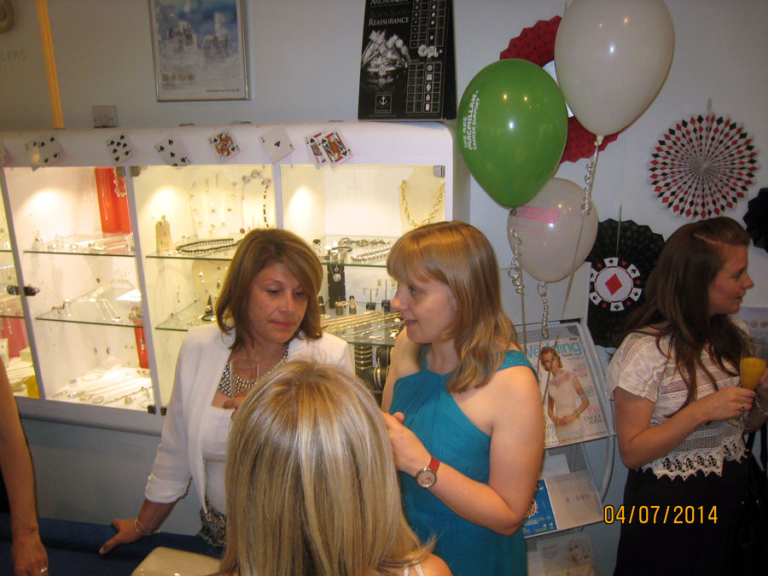 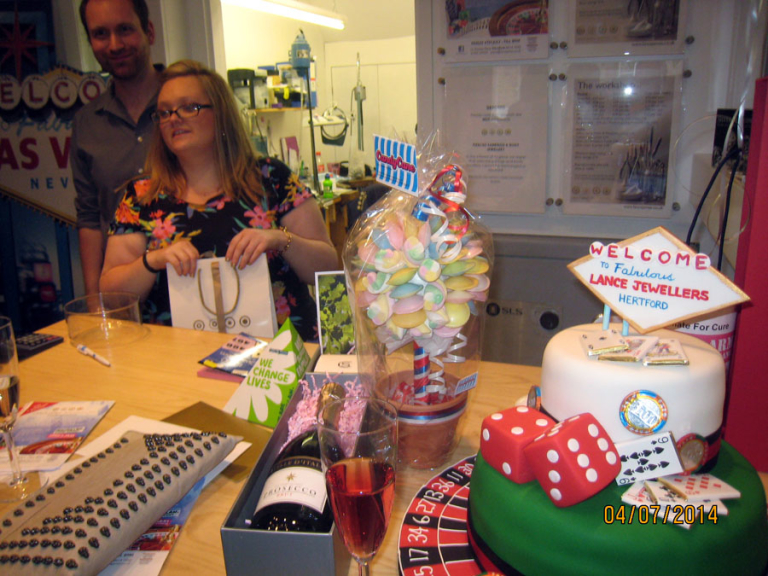 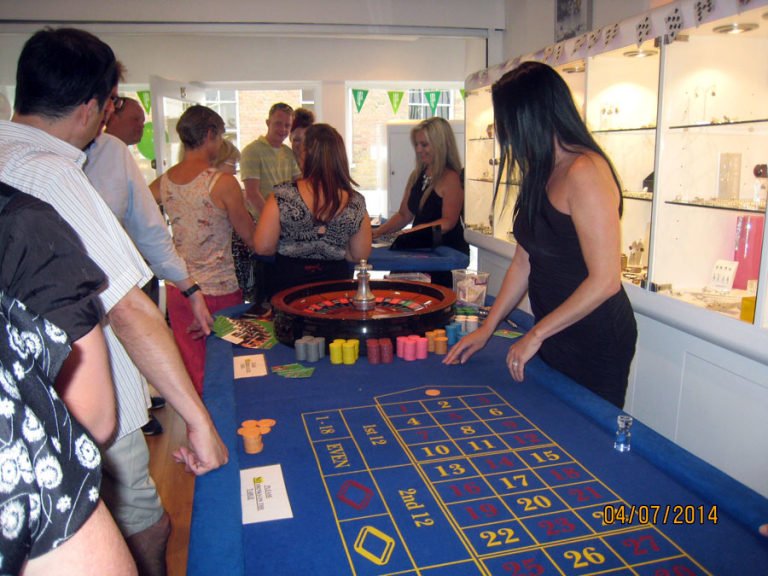 Owner Jackie Benson and her team really entered the spirit of the event with roulette and black jack tables, magician, themed windows, roulette wheel cake, champagne and a fantastic raffle for the top prize of a diamond worth £500.

Charities Abbie’s Army – a small charity fighting kids brain cancer – and Macmillan Cancer Support were the beneficiaries of the fundraising, with nearly £570 going to Abbie’s Army from the night which was attended by new town mayor Cllr Chantal Geall as well as her predecessor Tricia Moore.

Jackie said: ‘like most of Hertford’s independent retailers, we think it’s really important to let local residents know what we do, and our Vegas themed night was great fun. Lots of our loyal customers came along to celebrate with us, and we also met some lovely new people.  Raising money for the charities was also a fantastic result.  I’d like to thank everyone for coming and especially to all the local businesses who donated very generous prizes’.

‘Independents’ Day’ was celebrated by many of Hertford’s independent retailers as part of the national Independent Retailers month.

Lance James the Jewellers is based in Market Place, Hertford.

Lance James the Jewellers can also be found here on thebestof Hertford and Ware.