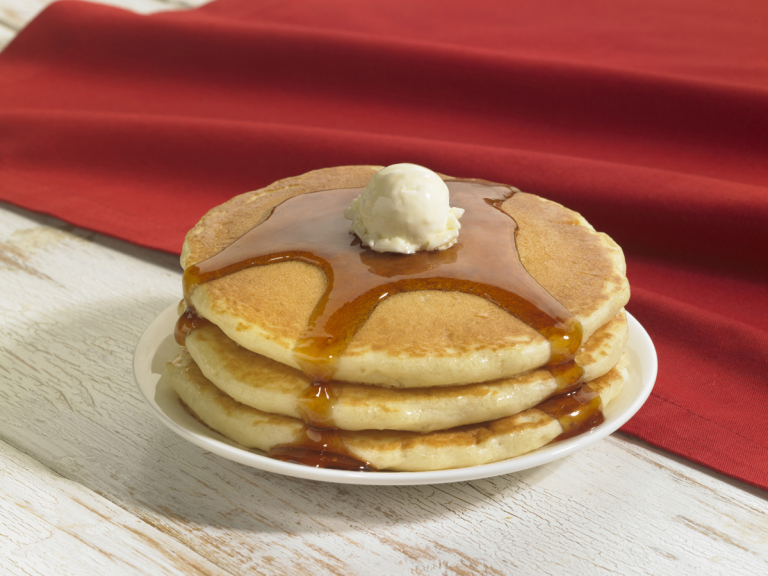 Pancake Day or Shrove Tuesday is a traditional feast day before the start of Lent on Ash Wednesday, which was traditionally a time of fasting (40 days leading up to Easter).  Anglo-Saxon Christians went to confession on Shrove Tuesday to be “shriven” which means that all their sins would be absolved. They would be called to confession by a bell being rung, this bell later became known as the “Pancake Bell” and this bell is still rung today.

Pancake Day is always 47 days before Easter Sunday so the date varies from year to year but falls between February 3rd and March 9th. In 2017 Shrove Tuesday is today, February 28th.

Pancakes were the best way to use up eggs and fats before embarking on the Lenten fast, so this was a great opportunity to use up these ingredients on Shrove Tuesday.

A pancake, of course, is a thin, flat cake made of batter and is fried in a frying pan. Traditionally an English Pancake is very thin and is served immediately. Toppings for pancakes are usually golden syrup or lemon juice with caster sugar.

Pancakes have featured in cookery books as far back as 1439 and have a very long history. Also the tradition of tossing or flipping pancakes dates way back… "And every man and maide doe take their turne, and tosse their Pancakes up for feare they burne." (Pasquil's Palin, 1619).

Ingredients in a pancake are seen as symbols to symbolise four points of significance at this time of year: the Eggs symbolise the creation, Flour – the staff of life, Salt – Wholesomeness and Milk for purity.

Making a pancake is simple – all you have to do is mix all the ingredients together and whisk well, leave it to stand for 30 minutes. Heat the frying pan with a little bit of oil, pour batter into the pan making sure it covers the base of the pan, let it cook until the base of the pancake is browned then sake the pan to loosen it and flip the pancake over to brown the other side.

So, enjoy your pancakes today!