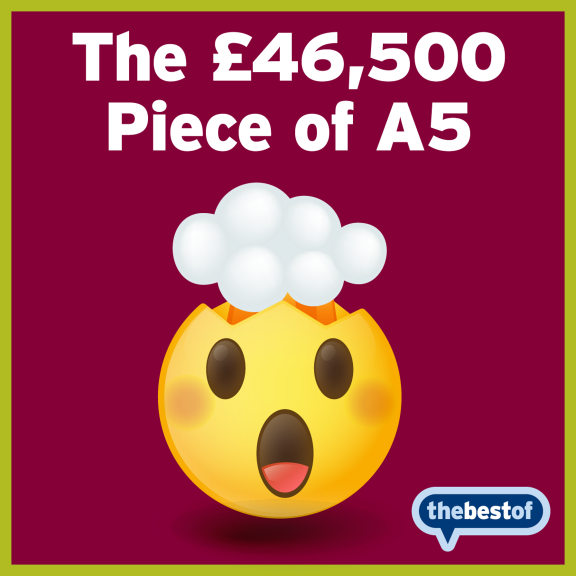 It’s safe to say, in general, that people are pretty much back to normal in terms of getting out and about and spending money.
Yet one of our colleagues was having a discussion with a business that was frustrated, because they felt they have to “start marketing all over again” since they hadn’t had many sales over the lockdowns.
But when we looked deeper, that wasn’t actually the case, as they had lots of enquiries sitting there from before the lockdowns (and some from during) - and it reminded us of a story of another business that was in a similar situation.
A kitchen business we know of, recently smashed all sorts of targets, moving their business to the next level.
Lockdown worked wonders for them as it forced them to tick lots off their to-do list that otherwise, wouldn't have been done.
But there is ONE THING that they say has been the biggest contributor to their success over the last few months:
They’re called Come Back Cards.
They’re a simple card (A5 size) that gets sent to anyone that enquired but never bought.
It has a nice short message letting the customer know they’re still available to talk to and answer any questions they may have.
A nice little incentive is also added to entice them to re-engage.
It worked brilliantly!
Over the last 12 months it’s generated approximately £46,500 worth of business from this so it was absolutely worth doing.
It only cost around £300 in printing & postage!
Now, I don’t know anyone that would turn down a £46,500 return from just £300 spend.
People have busy lives and lots going on – especially over the last year. So it’s so important to note that – It’s not your customer’s job to remember to do business with you. It’s your job to remind them.
If you’d like some help coming up with some “Come Back” cards then give us a shout on 01323 406060.
More

Eastbourne Guide for Disabled People 2022
Sign up for offers
Sign up for what's on guide
Become an author
Popular Categories
By clicking 'ACCEPT', you agree to the storing of cookies on your device to enhance site navigation, analyse site usage, and assist in our marketing efforts.
For more information on how we use cookies, please see our Cookie Policy.