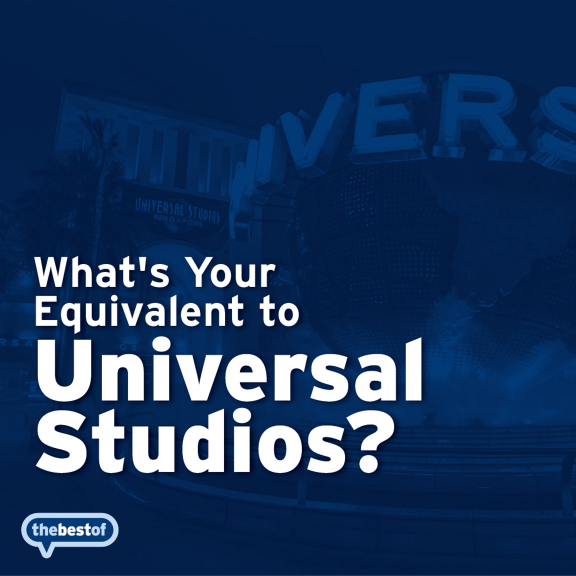 For this week’s Tip, we’re sharing an insight into one of the biggest tourist attractions in the world and how you can adopt a similar tactic into your business.
You see, it's a fact that the most successful small businesses in the world are positioned toward the higher end of the price scale.
They leave it to their competitors to focus on being cheaper instead of being better. If you compete on price, then you have nowhere to go but down.
One way to avoid this battle is to create a premium version of whatever it is that you do.
I have to tell the story of Universal Studios in Florida, which has been open now for over 30 years.
If you go there today and you arrive first thing in the morning, then, once you've already paid for your park ticket - which will cost you, in round numbers, $100, you'll have the chance to purchase a Universal Express pass. A pass allows you to skip the queues. You enter all the rides from a different place, it means you can get a lot more done in your day.
Now, Universal can only sell 1,000 of these passes a day - otherwise, the queue would just move from one place to another - the Express ticket costs, in round numbers, $70, - in addition to the park ticket that you've already bought.
People typically fall in to two categories here. There's a bunch of people who suck at their teeth and can't understand why anyone would pay any more money than they have to. They don't buy it.
But there's another group, who'll think "This is fantastic - I don't have to queue ... Whoopee ..."
And so, every day, Universal sell their quota of Express passes.
That's 1,000 passes at $70 each = $70,000 a day.
$490,000 a week.
Over $25 million a year!
And what's most relevant to you about this story is that Universal Studios in Florida was open for 15 years before they ever introduced Universal Express.
It wasn't a fundamental part of the business case for the theme park.
Some bright spark recognised, 15 years after the park opened, that some of their customers would pay more money to be able to skip the queues.
That's a premium product, and the reason for me telling you this story is because, I promise you, there's an equivalent product or service in your business.
And it's your job to find out what it is.
To be clear, we’re not talking about putting the prices up for everybody here, just about making a premium version of what you do available. It's a different strategy to raising overall prices but it is equally valid and can, in a lot of cases, have the biggest single impact.
And if you’re stuck for ideas for a premium version of the thing you do, give us a call and we’ll see if we can help.