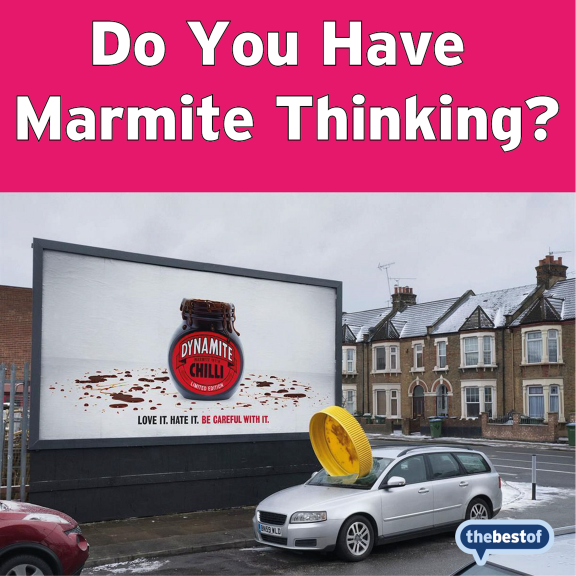 One of our colleagues in thebestof network lives up near Burton upon Trent, and she told us that she is hit most mornings with the aggressive smell of Marmite from the Marmite-making machines at their Head Office - they produce 17 million jars every year!

Founded in 1902, the 119 year old brand has millions of devoted fans (lover and haters) worldwide and is a shining example of how their quirky identity and risky advertising has made them the successful £40 million brand that we know and love (or hate) today.

And they are the inspiration behind this week’s Tip because here at thebestof we want to, not just provide you with practical tips that you implement into your business, but to also help you think like super-successful businesses.

Whether you’re a fan of it or not, there’s no denying that the thinking behind Marmite’s marketing is absolutely GENIUS and they continue to ﬂy the ﬂag for standing out from the crowd. And isn’t that what we all want to do with our advertising and marketing?

Take their controversial ‘End Marmite Neglect’ campaign – remember that one?

The one that parodied an animal rescue TV show by focusing on ‘neglected’ jars at the back of people’s kitchen cupboards?

Well, that campaign alone saw a 14% increase in sales in the 8 weeks that it ran for, it also resulted in huge growth on all their social media platforms and gained LOTS of press attention, BUT it also sparked lots of complaints which resulted in Marmite donating £20,000 to the RSPCA.

It’s their latest attempt at making their brand stand out with a unique, ‘off the wall’ campaign. The explosive outdoor campaign features giant yellow Marmite lids (like the one smashed into the car windscreen below) that, due to the power of the chilli, have seemingly been blown out of their accompanying billboard image and of course, this has gone viral! 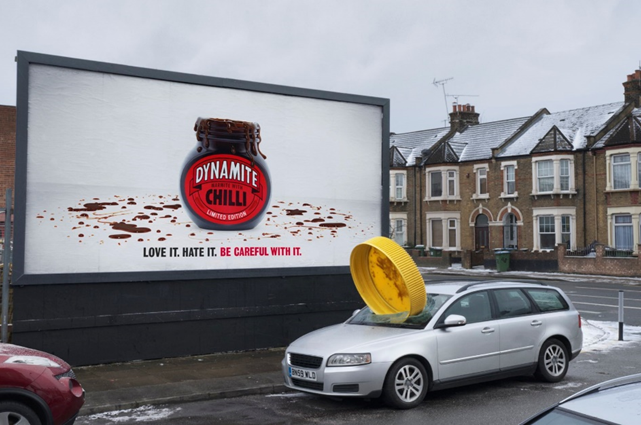 A fantastic example of taking risks with your marketing and standing out from the crowd.

So to summarise, our Tip this week is to get you thinking by asking you, how could you make your next piece of advertising or marketing standout from your competitors?

We’re happy to talk through some ideas if you’re not sure where to start so just drop us a reply or give us a call.