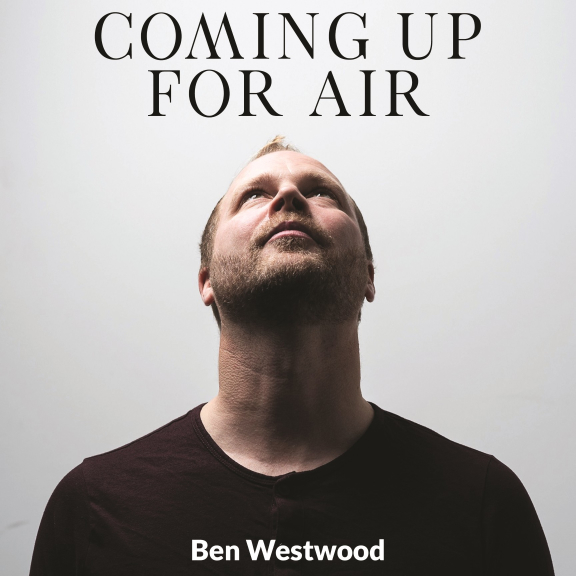 Ben comments: “The album is about bouncing back from tough times. My previous album was very intense and but this one has an upbeat feel with more eclectic influences.”

Lead single Lady of the river has received widespread airplay and the video, filmed in Sussex at the river Ouse, has received over 15,000 views. Proving just as popular is Howling, a jazz-rock song that has Ben accessing his inner wolf!

I will catch you was written for his daughter, and there is a reworked jazz version of his song Falling, as well as an irreverent bossanova Sucking on a mango and reggae-rock fusion Drifter.

Ben played to a packed Printers Playhouse this month and has an album launch gig at Eastbourne’s Crown and Anchor on Friday March 15th. He is also playing at Magnificent Motors in May.

Ben Westwood’s 2017 album Sing like your life depends on it, in partnership with bereavement charities, attracted widespread media coverage from BBC Sussex, The Daily Telegraph, Brighton Argus andThe Huffington Post. He was a finalist in the Open Mic competition, received a commendation in an international songwriting contest, and has played at venues across the south-east, including the Brighton Dome and Ronnie Scott's.

The single Lady of the river/Howling is out now. The album Coming up for air is out 1st March.

For exclusive preview clips of videos and songs from the album, click on the following link: YouTube

"A gorgeous album in the round. A real coming of age & musical maturity for Ben Westwood - a mixture of sweet ballads, a ray of upbeat sunshine, with a nod to ska & 80’s reggae." - Pete Jones, Radio Reverb

“This is music with real emotion. Ben sings from the heart and touches your soul.” – Allison Ferns BBC Sussex

Employees & Volunteers Return, but how?!

Polegate Scarecrow Festival 2020 rasies over £1,300
Sign up for offers
Sign up for what's on guide
Become an author
Popular Categories