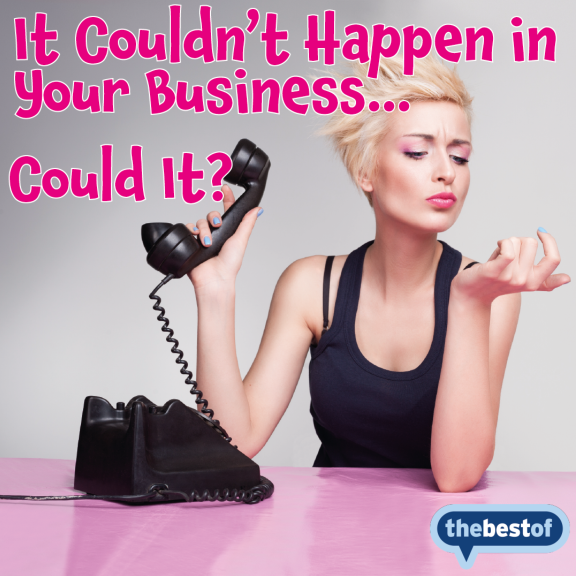 This is unbelievable but unfortunately, completely true.

If you’ve ever put a flyer out for your business, you’ll know about the significant amount of time that goes into getting it created in the first place.

Then imagine how frustrating it would be to send out all these flyers to thousands of homes around your area only for it to result in 0 phone calls or enquiries.

You’d be frustrated and quite perplexed into what has happened.

Well, that’s exactly what happened to a dentist we know.

They created an offer, designed and printed a very good flyer. Put their number on it (on both sides so you couldn’t miss it). Sent it out to all the homes in their catchment area.

But it resulted in 0 phone calls and no increase in patients.

“What was wrong?” the poor Dental Practice owner was thinking.

He checked the phone number was printed correctly - so no issue there.

He knew the flyers had been delivered, as friends and family dotted around the local area had confirmed they’d had it through their door.

So, he sent it out again but this time he put a tracking phone number on the flyer and at the end of the month he got a report which indicated he was getting dozens of calls – but why no increase in appointments.

Well, the stats revealed that each of these calls were lasting a grand total of just 1-2 seconds each time!

It turned out his receptionist wasn’t as comfortable with answering incoming calls as initially thought! She’d literally picked up and then immediately ended the call!

And therein lies the lesson for this week’s tip. Now, (and we know this is an extreme case), but do you know if every single call is being answered?

What happens if the phones are busy – is there a way for other calls to be answered?

All this can be resolved with getting Tracking Numbers in place, (they’re very cheap to get installed), and/or getting a Call Answering service in place – who’ll take a call on your behalf (so the customer knows for sure their enquiry/query has been dealt with by a real human – not an answering machine).

Get proper systems in place and don’t run the risk of your potential customers giving up and calling someone else.

Welcome to the Business East Sussex Net Zero Campaign, ‘East Sussex Zero’.
Sign up for offers
Sign up for what's on guide
Become an author
Popular Categories
By clicking 'ACCEPT', you agree to the storing of cookies on your device to enhance site navigation, analyse site usage, and assist in our marketing efforts.
For more information on how we use cookies, please see our Cookie Policy.