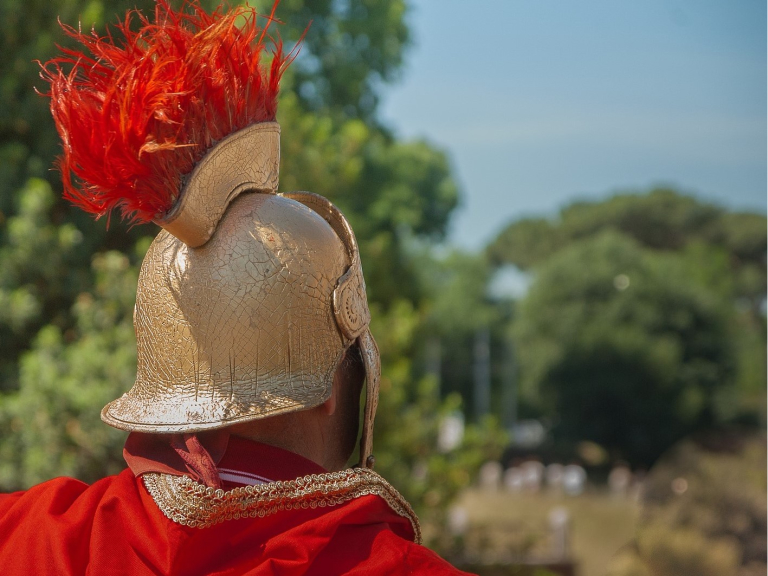 There’s nothing worse than attempting to entertain the kids on a rainy day in the school holidays. Well, there are lots of worse things but it still offers a challenge to many parents, especially when so many activities also pull on the purse strings (particularly when the begging for ice-cream, chips or pop-corn kicks-in!).

One of the best days out that we had recently was to The Museum of Somerset, which itself is located on the site of a 12th century castle. The museum is modern inside and provides visitors with a hands-on experience of history throughout the Somerset area from pre-historic times through to the 20th Century.

It houses the biggest collection of Roman coins ever discovered in Britain, plus many beautiful artefacts that originated all over the world and were either brought to the UK by adventurers, the military, or were left behind by the many people who came to Britain to make it their home.

Visitors can learn all about country life through the ages and listen to first-hand accounts of what it was like to work the land before we had machinery to help us.

Fans of Horrible Histories will enjoy learning all about the gory accounts of prisoners held at the Assize Courts in the late 17th Century and will be astonished to see the shoes that belonged to giant!

It’s impossible to do justice to the museum in the few words I have here (I haven’t even mentioned Somerset Military Museum – also on-site); it exceeded my expectations and the kids loved it too.

Keep an eye on their website for up-coming events including Jane Austen week 18th -21st July and for details of their summer activities.

Penny enjoys being active whether it's walking her dogs, or running along the country lanes in the sunshine. She loves good coffee and delicious west country cooking. In the summer she gets down to the...