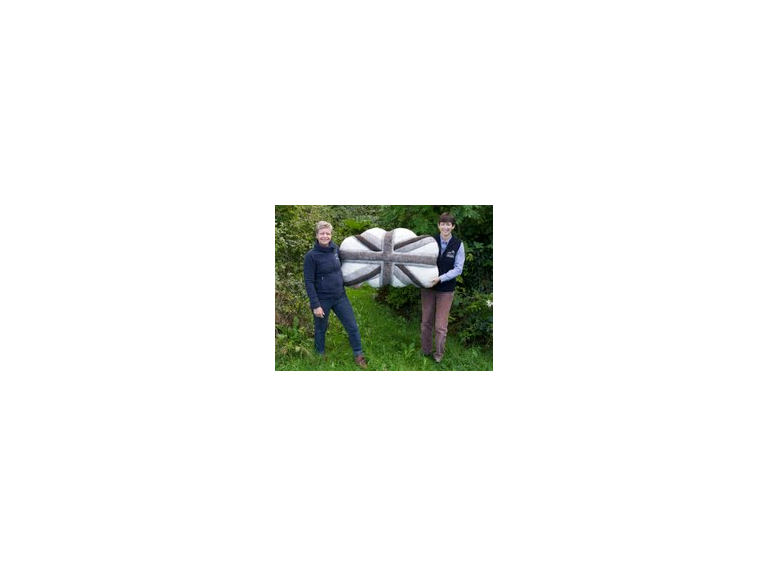 Autumn is truly here and clouds are becoming regular visitors again, but sky- gazers of Great Britain should be on the look out for a rather unusual phenomenon  a Woolly Acoustic Cloud with the markings of the Union Flag making its way around the nation in celebration of Wool Week.

Starting at St James Church school in Taunton on Monday 14 October, where several rooms are already benefiting from the marvels of woolly acoustics, the fluffy wool cloud will make its way up to Scotland, into Wales, and down the length of England right to the toe of Cornwall before finishing near its home back in Somerset. Along the way, each of the participants including restaurants, village halls, businesses and schools - will take a photo of the cloud in their local environment to add to the story.

Our customers are a special bunch of people explains director Tim Simmons,who enjoy the fun of the woolly clouds but appreciate the serious nature of what they do so well. We wanted to include some of them in our Tour of Britain. The Woolly Cloud is actually a cunning acoustic absorption device made by the Somerset-based Woolly Shepherd, who specialise in acoustic products made entirely from natural materials.

They have been used by village halls, schools, restaurants, offices and homes up and down the country to reduce the kind of echo that makes it impossible to hear clearly. Wool Week, which is run from 14 to 20 an international affair, supported by Prince Charles and promoted by the glitterati of the wool world such as Deborah Meaden.

The Woolly Shepherd is an ethical wool business manufacturing acoustic products, and homewares such as boot liners, mobile phone covers and wine coolers from its waste stream.