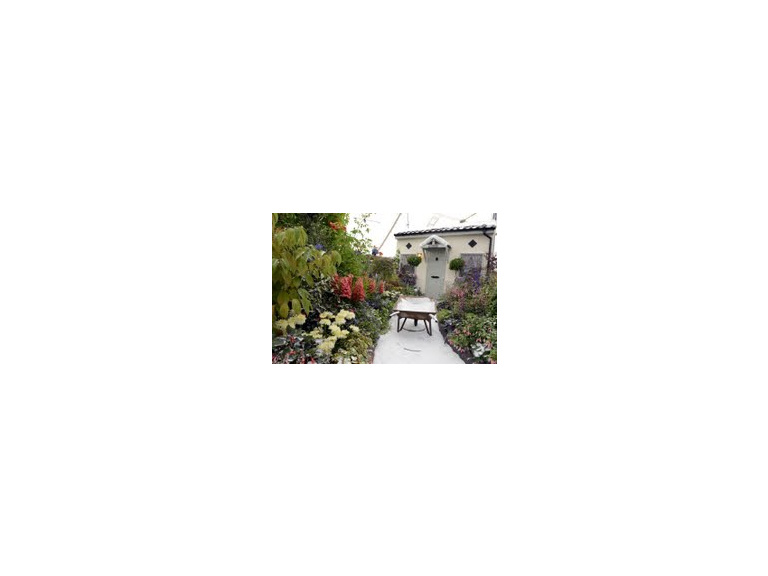 Staff from Monkton Elm Garden & Pet Centre in Taunton are celebrating today (Friday, August 2, 2013) after scooping a large gold medal and ‘Best in Show’ for their snow-themed garden at the Taunton Flower Show.

The garden centre won the accolades during the event at Vivary Park in Taunton on Friday, August 2 for its garden, entitled ˜Snow in summer. Andrew Pitman, Plant Manager at the award-winning, independent, family-run garden centre at Monkton Heathfield, said: We are thrilled to have been presented with a large gold medal and the Bill Cridland Memorial Trophy for Best in Show for our display garden.

It is a summer cottage garden with a twist. Snow coats all of the main features of the garden and even the plants are sprinkled with a dusting of itÂÂ The snow in summer theme was designed to represent the changing weather in England.

Andrew added:One of the judges commented that they thought it was the best show garden we have ever exhibited at the Taunton Flower Show.

We hope everyone who came along to the event enjoyed our garden display.ÂÂ Monkton Elm Garden & Pet Centre was awarded the Albert Goodman Family Business Award at the Somerset Business Awards in 2012.

For more information about the garden centre, which is located just off the A38 at Monkton Heathfield between Bridgwater and Taunton, please call 01823 412381.

We welcome Design on-line to TheBestOf Taunton and Bridgwater.