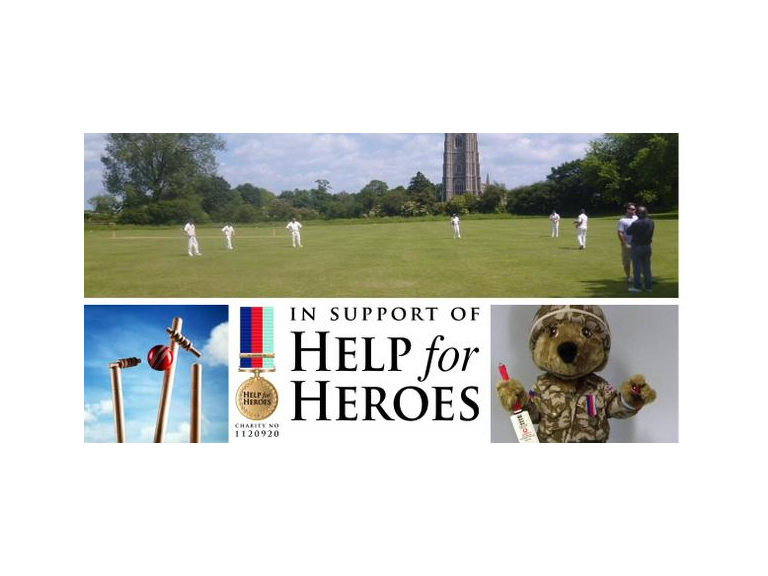 Lavenham has always had close ties to the military, both in wartime and in peacetime.  However, like so many villages and towns throughout the United Kingdom that have suffered the loss of young men in recent conflicts, Lavenham was shocked to its very core to lose one “of its own” on 26th March 2010, when Jonathan (Jo) Woodgate was killed in Afghanistan, by an insurgent’s grenade, aged 26.

The tributes paid to him by his family, friends and Household Cavalry colleagues and officers are the measure of a very special young man.

Jo’s death cemented the village’s determination to help his colleagues in all of the armed forces, who have escaped with their lives, but who will battle with physical and mental injuries for years to come.

We are delighted to say that through the enormous generosity of local businesses and the community, the cricket match raised £10,475 for Help for Heroes.

At 6pm on Monday 20th July, in the Airmen’s Bar of The Swan at Lavenham Hotel & Spa, Lavenham Cricket Club will be presenting a cheque to representatives of Help for Heroes, including former RAF Group Captain Barrie Griffiths and Simon Halliday, an H4H Patron and former England rugby player, now the first independent chairman of the governing body for the European Rugby Champions Cup.

It is expected that former Irish International, and ITFC footballer Alan Lee, will represent the President’s XI.

The Airmen’s Bar at The Swan at Lavenham Hotel & Spa is a very fitting venue for this presentation, with its long association with the RAF & USAAF and the array of WWII military memorabilia on display.  It was frequented in WWII by UK and US service personnel who were based at RAF Lavenham.  Many of them signed their names on the walls of the bar and there is currently a “Signatures Project” underway, to catalogue the signatures and then attempt to trace some of the families of those, whose names adorn the walls.