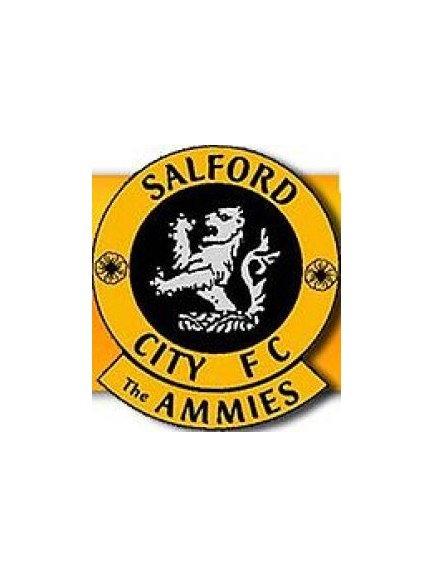 I know exactly what you are thinking; here we go with another Manchester United season preview that can be added to the black hole of delusion football blogs. However, I am here to tell you about a proper local team that doesn't just reside within Salford but wears the name proudly on their shirts.

I am of course talking about Salford City FC! Founded in 1940, The Ammies are based at Kersal in Salford and have enjoyed a few interesting headlines over the past 24 months. United fans may know that Ryan Giggs' younger brother Rhodri Giggs managed Salford City for 2 years or maybe Manchester City fans know that last year, Mario Balotelli's brother, Enoch Barwuah signed for the semi-professional club.

Salford City currently play in the Northern Premier League Division One North, which is the 8th level of English football but please don't let that put you off following them! The battles that take place each week are just as competitive as The EPL, and after enjoying a successful pre-season, the highlight of which was an international win against Isle of Man national team, they are raring to go for next season.

For the new football season, show your support to the proper local football team of Salford, they only play 5 minutes down the road! At the end of the day, you may just see a Balotelli play!

Football in Salford
To see the businesses in our Football section, please click here.
Latest Articles