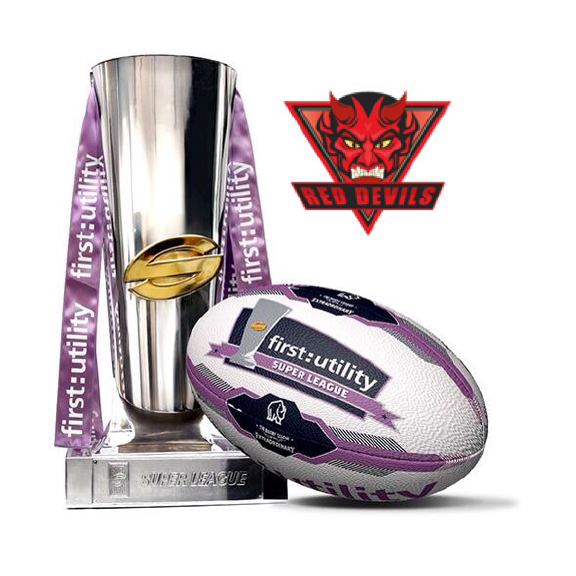 The talking is almost over, and there has been much to talk about during the off season for Salford Red Devils supporters.

Dr. Koukash has kept the Media in raptures with his larger than life character and stunning press conference outbursts.

The Dr has certainly outlined his ambition and belief for the impending First Utility Super League season. Koukash has declared 'Hell' on those who snigger at his vision. Not content with just transforming the fortunes of a club he rescued from the doldrums only twelve months ago - by rebranding the club with a name bestowed upon Lance Todd's all conquering Salford side of 1934 - he has also set about assembling a team of all stars that should see Salford attract their highest opening match attendance since our introduction to Super League in 1997.

Star acquisitions Rangi Chase, Tim Smith, Junior S'au, Adrian Morley, Francis Meli, Gareth Hock, Harrison Hansen and Tony Polutea, are only a handful of fourteen players that have joined the Devilution. On paper Salford have the squad that can not only cement a place in the top four but also take Salford to the promise land of a Challenge Cup final at Wembley.

As a long suffering Salford supporter it has been ingrained in my psyche to always think cautiously when it comes to believing in the ability of our team. After all, we are a club that has suffered many false dawns (1969 CC Final, 1998 CC Semi Final, 2006 Play-Offs), but there is something different about this Salford side...It has too much talent - an abundance of skill and forwards who have that mongrel in them.

Under the guidance of former Bradford and GB coach Brian Noble, Salford are all set to play an exciting brand of Rugby League, First up for Noble is the struggling but always dogged Wakefield Trinity Wildcats who head to The AJ Bell Stadium after another worrying off season losing four key players: Kyle Amor (Forward), Lee Smith (Centre), Tim Smith (Stand Off) and Paul Aiton (Hooker), and with the relegation of two Super League sides this season, Trinity will want to set the campaign on fire if they are to survive the cull for 2015.

You won't want to miss a minute of this exciting new chapter. Join the Devilution and witness history. Be there this Sunday 16th February, AJ Bell Stadium, Kick-Off 3pm.